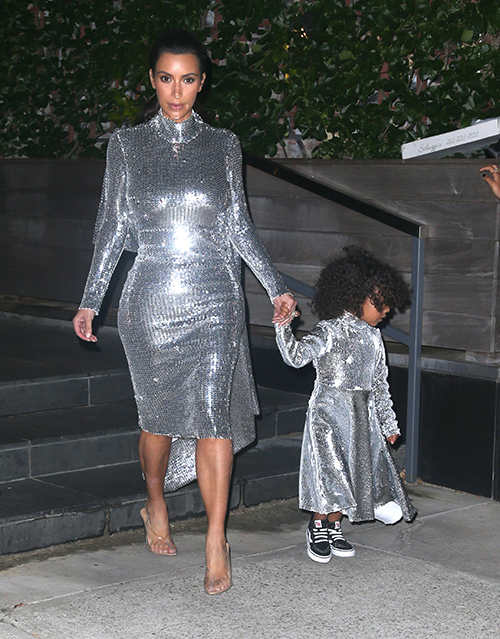 Kim Kardashian’s parenting tactics are coming into question once again. There’s new speculation that Kim Kardashian might be putting fame over education, as many observers have noticed that her daughter North West isn’t enrolled in school yet even though many children her age are already in preschool.

At this point, it’s pretty evident that Kim Kardashian is using her children for paparazzi attention, and that’s why she’s even been spotted wearing matching dresses with North West at a recent Kanye West concert. Kim Kardashian knows that the public is more interested in seeing her as a mother with her children and that’s why she’s clearly using them to bolster her fame.

And while Kim Kardashian and Kanye West would be doing their daughter a great benefit by enrolling her in a local preschool near their Calabasas, California home, North West is jetting around the world with her famous parents instead. Sure, North West has her cousins Mason Disick and Penelope Disick to play with back at home, but other than the Kardashians and their team of nannies, North West doesn’t have any friends or playmates outside of her home. Putting North West in preschool would definitely help her not only make new friends, but also associate with other children who live normal lives outside of the celebrity sphere.

If Kim Kardashian had put any thought into North West’s early childhood education plans and goals, she would have put her in preschool by now. Many other celebrity children just like North West are enrolled in traditional schools in the Los Angeles area. But then again, the Kardashians don’t put much thought into education for their family at all. With the exception of Kourtney Kardashian, none of the other Kardashian sisters have a college degree. In fact, even 18-year-old Kylie Jenner has been highly criticized for skipping college, so it’s no wonder that Kim Kardashian isn’t even thinking about putting her kids in school yet.

When it comes to fame versus education, it’s pretty clear that the Kardashians would rather post Instagram photos of their latest hair extension line than hit the books. Tell us CDL readers, do you think North West should be in preschool?