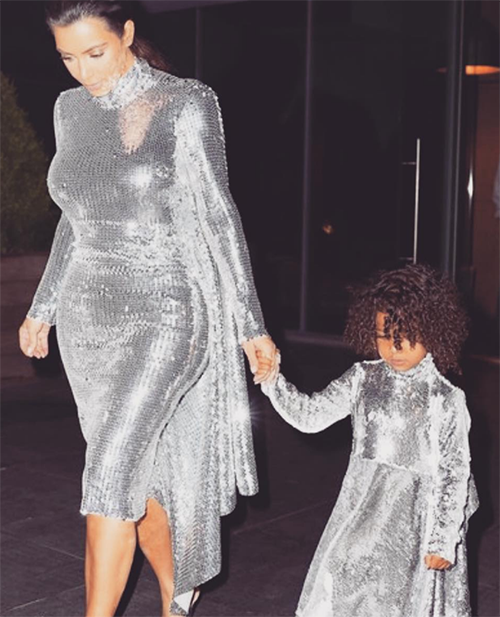 Kim Kardashian has yet to enroll her daughter North West into a pre-school program. Even though many young children that are the same age as 3-year-old North West already go to school, Kim Kardashian is worried she might be bullied. That’s why she’s possibly considering homeschooling.

Kim Kardashian’s entire celebrity career was built on her one video that helped make the Kardashians who they are today. After Kim Kardashian and Ray J’s sex tape was leaked on to the Internet, Paris Hilton’s former assistant became an overnight star. Kim Kardashian’s entire celebrity career has been built on her sex appeal, her willingness to pose naked on magazine covers, and her family’s controversial and often trashy reality television show, ‘Keeping Up With The Kardashians.’ There’s nothing Kim Kardashian or her mother Kris Jenner haven’t done to ensure they are always making tabloid magazine and gossip blog headlines.

It’s no wonder that Kim Kardashian is worried that North West might be bullied if she sends her to school. Yet, her decision to not send North West to school and possibly homeschool her instead is causing friction between her and her husband, Kanye West. One source told Radar, “North is at the age where she could be enrolled in Pre-K and she is not. Kim’s family thinks that it is in her best interests to not be in school, but Kanye is extremely upset about this because he wants his kids to have top-of-the line education. Kim said that she could care less whether or not her kids go to school because she thinks they do not necessarily need to.”

If North West were to be indeed bullied by her peers, it would be because of Kim Kardashian’s sex tape, not because of her fame. As controversial as Kim Kardashian’s decision not to send North West to school might be, she’s right, at least according to Kardashian family values. Her entire family, which also includes sisters Kourtney Kardashian, Khloe Kardashian, Kendall Jenner and Kylie Jenner have used their bodies rather than their brains to make their millions of dollars in the Kardashian family fortune. If that weren’t enough, Kourtney Kardashian’s three children, Mason Disick, Penelope Disick, and Reign Disick also don’t go to school, which clearly indicates that the Kardashians value fame over education.

What Kim Kardashian doesn’t realize though is that there’s a good chance her children might follow in her footsteps when it comes to posing naked in fashion shoots or take provocative selfies on social media. Surely no mother would wish that for her child, but then again for the Kardashians, their formula has worked so well for them that it wouldn’t be surprising if they encouraged the next generation of Kardashians to follow suit. What do you think, CDL readers? Should Kim Kardashian send North West to school? Is Kim Kardashian really worried about North West being bullied by her peers? Let us know what you think.

Thank you @Airbnb for making our tour life in New York feel like the perfect home away from home! Thanks for the complimentary stay! Xo