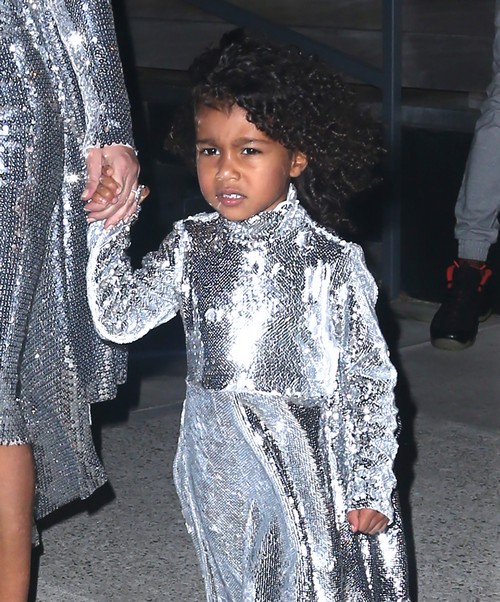 Kim Kardashian already has big plans for her 3-year-old daughter North West. In fact, there’s speculation that Kim Kardashian might follow in her mother Kris Jenner’s footsteps in vicariously living through her daughter and her future career dreams and aspirations.

After all, Kim Kardashian’s fifteen minutes of fame would have expired a long time ago if it weren’t for her Kanye West marriage and well-publicized pregnancies. That’s why Kim Kardashian knows that she needs North West in other to further her own celebrity career in the tabloid magazines and gossip blogs.
After all, if there’s one person that Kim Kardashian learned this from, it’s her own mother, Kris Jenner.

The ‘Keeping Up With The Kardashians’ star has been acting as her family’s momager for years now, and because of her involvement in her daughter’s lives, the family has made a mass fortune thanks to their celebrity. And while Kim Kardashian doesn’t necessarily want her daughter to star in her own reality television show like she did, she does want to control every aspect of her life and has already chosen a career path for her.

Kim Kardashian told She Knows in an interview, “I’m gonna be that annoying, pushy mom and say I want to live vicariously through my daughter or son and have them be a forensic investigator. I’ve always been into the most morbid things. I was really nosy when my dad was working on the O.J. trial, and I would look through all his stuff, and I just wish I was in that field. It’s the only type of TV I really like to watch.”

Surely, Kim Kardashian doesn’t expect North West or Saint West to pursue a “morbid” career just to appease their mother in the future. But then again, it’s what she along with her sisters Khloe Kardashian, Kourtney Kardashian, Kendell Jenner, and Kylie Jenner have been doing for Kris Jenner for years now.

Kris Jenner has been pulling all of her family’s puppet strings when it comes to their careers as models, spokespersons, and brand ambassadors and there’s no denying that her celebrity formula has worked. It would come as no surprise if Kim Kardashian did the same thing for her kids in the future, too. Do you agree, CDL readers?

Love finding pics like this in my phone! Shout out to Steph for taking it 💤