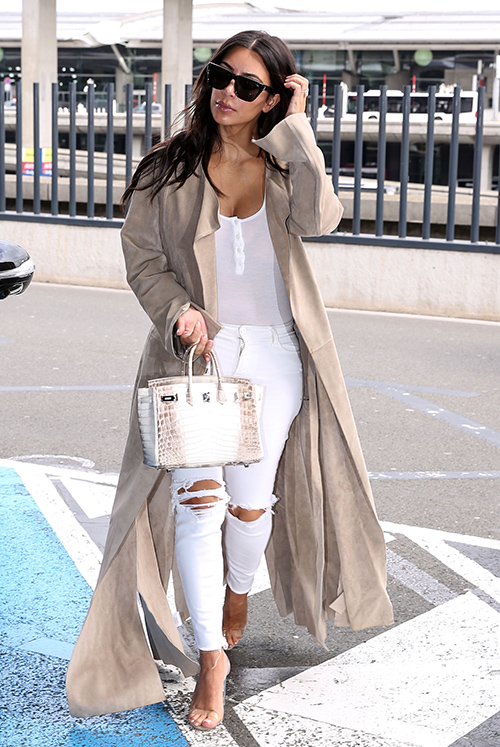 North West is reported to have a glam squad that her parents, Kayne West, and Kim Kardashian West, pay $5,000 per week to keep her looking picture-perfect. Because when you’re a Kardashian, living the normal life of a child that age just can’t happen. No scraped knees or dirt on the face for this tot.

Kim Kardashian West hired a wardrobe stylist, hairstylist, and manicurist to ensure North looks her best each time she’s out and under the scrutiny of paparazzi. How many little girls do you know get the Cinderella treatment every day? For North West, it’s simply commonplace.

An unidentified source explained the child’s reaction to the extravagant daily pampering: “North is one of the most photographed children in the world. She loves having her hair and nails done, so it also keeps her happy.” While it might keep the little girl content, it also can make her spoiled rotten and vain, just like her mama.

Kim Kardashian West couldn’t even let her daughter be in the spotlight for her third birthday without coming out with her posing naked on the cover of GQ.

North West’s fashion team have $1 million of inspiration to draw from the racks of clothes in her walk-in closet. The source added: “She has Hermès handbags and her own jewel-encrusted Balmain dress, designer shoes and even a snakeskin clutch.”

And if that isn’t enough to make the little tot feel like the luckiest princess in the world, Kim Kardashian West and Kayne also gave their little darling a dressing room with gold-plated ‘North’ signs and mirrors encrusted with diamonds.

Princess Charlotte, (a real, royal princess, we might add), doesn’t have it so good. Sure, she might have all the clothes and same things available to her as North, but Wills and Kate don’t see the need to parade their children about like treasures on display. It’s sad the West’s don’t seek to protect their children from the paparazzi and public.

You’d think they’d want to have some part of their lives private, but for North West, at just 2, demanding no pictures, is just crazy. What child should have to do that or even be put in that kind of situation? What does that say about the parenting style or lack thereof exhibited by her parents?

Kim’s always on social media sharing anything and everything with her legions of adoring fans. And why? Because she can’t stand anyone, not even her own daughter grabbing more attention than her. Really, Kim? Isn’t it time you think of your daughter instead of yourself?

Beauty goes beyond what’s on the outside. Don’t you think it’s past time you teach your little girl how to be beautiful on the inside too?