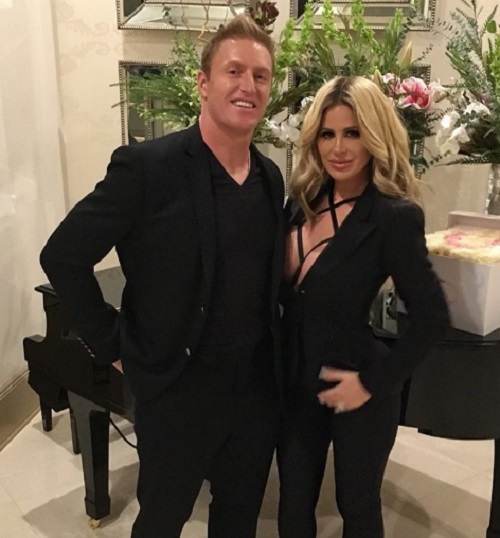 Kim Zolciak and Kroy Biermann are celebrating their fifth wedding anniversary together, despite all of their marital and financial issues they are currently dealing with. In fact, Kim Zolciak and Kroy Biermann might even be putting their divorce on hold as they try to figure out another way to either keep their 15 minutes of fame extended or try to generate some sort of income before their money runs dry altogether.

Has Kim and Kroy’s marriage turned into a business partnership? Is the couple only together because they both have no where to go? That’s what fans are trying to figure out as Kim is planning yet another over-the-top anniversary celebration for her and her husband.

Happy 5th Anniversary to my EVERYTHING @kroybiermann the best thing I have Ever done in my life was marry you. You are the most incredible human being I know. You make me strive everyday to be a better person, a better mother a better wife. Thank you for loving me like you do, you are a perfect example to our girls and our boys. I love you oh so very much! I look forward to a lifetime of ass grabs, laughter, driving around until we find a Starbucks that makes my coffee right, dying your hair like vanilla ice, fostering (and keeping) many more dogs, kisses, hugs and sex galore! #MyBestFriend #IHitTheBiggestJacpotEver #11/11/11

Kim Zolciak would love to have the public believe that her marriage and personal life are both beyond perfect and that’s why she’s willing to do just about anything to look like both she and Kroy are still madly in love. But, the reality is of course that after five years of marriage, six children in between them and unemployment and financial issues, their life is anything but a fairytale.

Kroy is struggling to find a job both on and off the field while Kim is spending money on her luxurious and lavish lifestyle without even thinking about any consequences she may be faced with in the future. Then again, Kim might refuse to even believe that she’s in trouble and that’s why she’s been spending money as if everything were still fine.

Kroy, though, is worried about his family’s future and how he’ll manage to keep a roof over their heads, especially if he fails to find another NFL job and fast, too.

You are amazing and I’m so grateful for you @kroybiermann ❤️

Kim might secretly be worried too and that’s why she’s been pushing her daughter Brielle Biermann in the spotlight. Knowing that her husband’s NFL prospects are bleak  and that while another pregnancy might not secure them another season on reality television, Brielle has a shot at becoming a celebrity like Kylie Jenner or Gigi Hadid herself.

Sure, Brielle might not be a supermodel, but with her mother’s ‘Real Housewives’ and reality television roots, Kim knows anything is possible and that’s why she’s been pushing Brielle to make as many public appearances as possible. After all, Brielle is Kim’s only hope left until the entire family

After all, Brielle is Kim’s only hope left until the entire family finds themselves in celebrity obscurity soon. Do you agree? Also, check back with CDL for all the latest news on Kim Zolciak. 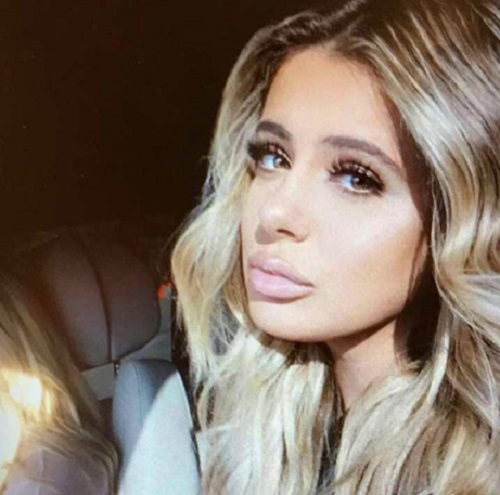