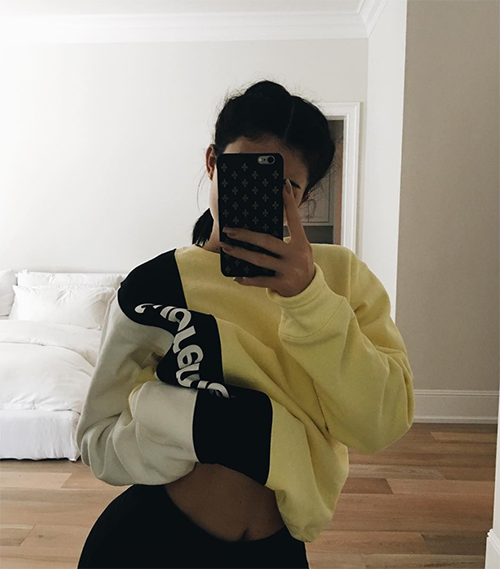 Kylie Jenner, Tyga, and a missing sex tape equals PR disaster. Or not. If true, then Kylie Jenner is merely following in sister Kim Kardashian’s glittering footsteps. According to several sources, Tyga published a sex tape on his website. The video, obviously featuring Tyga and Kylie Jenner in sordid love triangles, was allegedly taken down thirty minutes after it went up. In normal human time, thirty minutes is about the same time it takes to roast a chicken, but in internet time, especially scandalous internet time, thirty minutes is enough to blow a story so out of proportion that it’s the size of an overweight Michelin man when everyone is done with it.

A now infamous Tweeter, going by the handle of @TyBracey, wrote, “Guess who got the Kylie Jenner sextape before it was deleted from Tygas (sic) website.” And then the universe imploded and Kris Jenner’s false teeth fell out and bounced on a baby’s head at Target. The very idea that someone has a sex tape of this magnitude – and we’re talking Richter 10.0 magnitude – should be enough to send scary, violent chills down the Kardashian family spine.

Kim Kardashian’s sex tape might have kicked them into the Hollywood spotlight, but they’re far too nouveau riche and overtly kitsch at the moment to handle a scandal like this. Kim just had like two babies, Kris Jenner had several meltdowns over the whole Caitlyn Jenner saga, Kourtney Kardashian split from Scott Disick, and Khloe Kardashian drew a unicorn on a wall. Now is not the time for another sex tape, especially one which could ruin Kylie’s future.

The question which we should all be asking is why did Tyga release a sex tape? Was it his revenge? Did he do it to get back at Kylie? If it is revenge, who in their right minds releases a million dollar sex tape of their ex-girlfriend? What is he trying to achieve? Is it money? Is it fame? Is it fortune and fame? What type of monstrosity took over Tyga and made him do this? It’s not funny, nor is it “cool”. It’s downright malicious.

What do you think? Is there a legitimate sex tape out there? Why did Tyga release it? Let us know your valuable thoughts in the comments below.