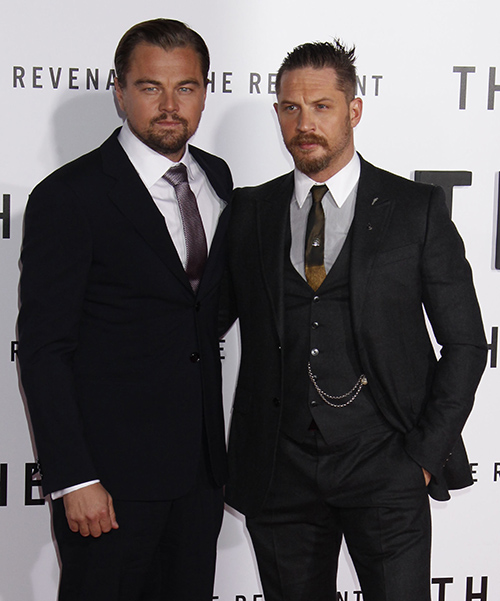 Will Leonardo DiCaprio final win an Oscar for his role in “Revenant”? There wasn’t anything Leo wouldn’t do – including chomping on raw bison liver and camping out the brutally cold barren lands of Alberta, Canada and the remote mountains of Argentina. If that doesn’t merit an Academy Award nomination, what does?

Make no mistake – each scene in “Revenant” is authentic. That bison liver? According to a recent report in Star Magazine, the prop department made a phony one out of protein bars and jelly. But DiCaprio would have none of that. The handsome “Gatsby” and “Titanic” actor bit right into the real deal. And it was pretty disgusting, as you can imagine! The actor revealed that he “really gagged! You’ll see my reaction to it because the director kept it in.”

As if dining on raw bison liver weren’t bad enough, director Alejandro Iñárritu insisted upon shooting the film in the coldest of temperatures. Imagine wearing six layers of thermal clothing and you’re still not able to get warm? Imagine working in temps of -25 degrees, sometimes -40 with the wind chill. A heater powered by generator was necessary to ensure no one suffered from frostbite while filming “Revenant.”

The only way Leonardo DiCaprio and the rest of the cast and crew could communicate with the world outside during shooting of the film was by sending messages using snowmobiles. Nope, no cell phone service available in the Arctic cold of Alberta, Canada or the mountains of Argentina.

Not quite enough Oscar worthy material yet? Leonardo learned to speak two Native American languages – Pawnee and Arikara. The actor also mastered the arts of shooting a musket and building a fire for the role of frontiersman Hugh Glass.

The intensely cold weather conditions allegedly caused many crew members to quit and “Revenant” ran several months over in filming. But Leonardo DiCaprio stuck it out in the beyond bitter cold to complete the movie.

Predictions are that Leonardo DiCaprio will be the favorite for Golden Globe and Oscar consideration. But will the actor be overlooked yet again? We’ll believe it when we see it! “Titanic” was nominated for 14 Academy Awards – but no nomination for Leo in the Best Actor in a Leading Role category.