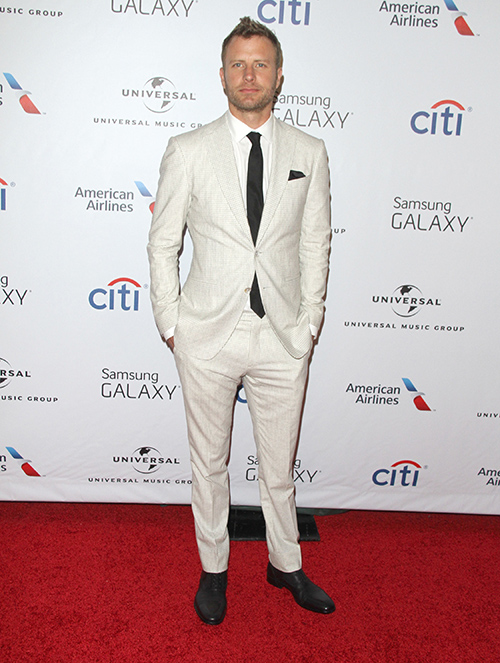 Luke Bryan advised his new ACM Awards 2016 co-host Dierks Bentley to ignore any advice that Luke’s former ACM co-host Blake Shelton may give him. Here’s the scoop from Rolling Stone Country. When Dierks was asked if he had been given any advice from Blake about hosting the Academy of Country Music Awards, Dierks didn’t even get a chance to answer the question. Luke jumped in with, “Any advice from [Blake] I wouldn’t recommend.”

Was that a joke? The country music pretty boys have traded a lot of good-natured jabs over the years, but that one seemed to hit below the belt.

Remember, Luke is the same guy who thought the paparazzi was joking with him when he was told Blake had gone public with new girlfriend Gwen Stefani. Basically, Luke’s reaction was to say that Blake couldn’t get a girl that hot.

Yeah, it’s like that. A couple months later, in December 2015, the announcement came that Dierks would be Luke’s new ACM co-host. We wonder if Luke had anything to do with Blake being replaced with good buddy Dierks Bentley.

Upon learning he’d been replaced by Dierks, the “Boys ‘Round Here” singer tweeted, “Hey ‪@DierksBentley congrats on co-hosting the ‪@ACMawards! You’ve got 3 months to learn how to read. You’ll be great!” Do you think Blake was sincere when he said Dierks would do great or is it sour grapes?

Blake Shelton was the golden boy of country music for years. That all seemed to come to a screeching halt when it was announced in July 2015 that he and Miranda Lambert had quietly divorced.

What advice does Dierks Bentley think Blake would give him about co-hosting with Luke Bryan? “Blake’s advice is probably make sure you drink a lot, knowing him,” Dierks said in the interview.

Will there be a lot of drinking going on at the ACMs on April 3? In the interview Luke Bryan revealed, he’s of the belief you need alcohol – it’s the perfect way to calm your nerves. Guess Luke does take some advice from Blake Shelton after all. At least when it comes to drinking, Blake’s advice is very valuable.