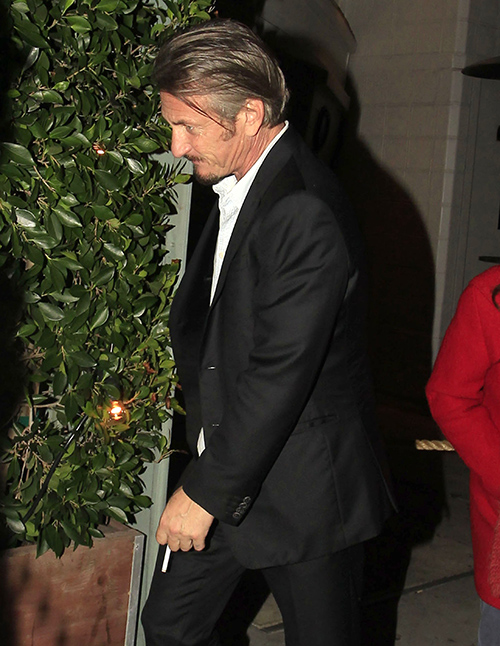 Has the Madonna and Sean Penn reunion ended already? While bad boy Penn was following Madge around on tour was he sneaking off to rendezvous with Naomi Campbell in New York City and Paris? By now, everyone has read that once-married Sean and M kinda-sorta rekindled their romance. Penn showed up at a few concerts and, voila, love blossomed once again. Never mind that Sean’s volatile temper – and possibly abusive behavior – was the reason many believed the marriage ended.

But Madonna, apparently, isn’t the only one Penn is sleeping with right now. An insider divulged to National Enquirer that Sean and Naomi enjoyed some secret sexy time in New York City back in September 2015. Penn was in town for the Clinton Global Initiative and the insider divulged Campbell “appeared at a luncheon just 15 blocks away.” Yes, this is irrefutable proof that Sean Penn and Naomi Campbell enjoyed a NYC quickie!

Allegedly, Naomi arrived in disguise to a December dinner party Sean hosted at Les Bains Douches in Paris. If Campbell was trying to conceal her identity, then how does anyone know if it was definitely Naomi? And if the model was at the dinner party, does that mean Campbell and Penn were together? Maybe Naomi was there to meet up with someone else.

This supposedly isn’t the first time Naomi has allegedly been the other woman in Sean’s life. Ex-wife “House of Cards” star Robin Wright was the wronged party the last time reports surfaced that Penn and Campbell hooked-up.

Why would Madge hook up with 55-year-old Sean? M has been linked with 20-something hotties Brahim Zaibat and Timor Steffens. Obviously, Madge can do a lot better than crusty ol’ Sean, right?

As for Naomi Campbell and Sean? C’mon! Naomi probably wouldn’t give Sean the time of day. The supermodel and “Empire” actress could have any man she wants. Well, that temper has often led Naomi into a world of trouble. Maybe that’s the attraction?

Are Sean Penn and Madonna back together in an on-again-off-again pseudo-relationship? And is Naomi Campbell the other woman? Let us know what you think in the comments section below and come back to CDL for the latest celebrity news.