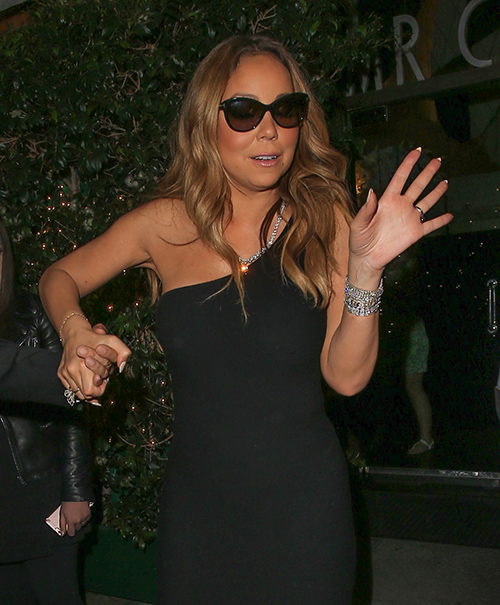 Diva Mariah Carey insists her wedding to Australian billionaire and Mogul, James Packer, is still on. InTouch Weekly broke the news that she called it off, a source saying, “[Mariah] was deep in the planning stages for her third wedding, but has called it off.” The pop singer reassured E! News on Wednesday that she’s already got her dress picked out and she is definitely looking forward to becoming the wife of the wealthy Aussie.

She also admitted that it’s still a work-in-progress: “We’re getting it together, darling. You know what? It takes time. The dress and the whole thing.” Though, when you’re Mariah Carey or James Packer, you don’t need to have the stress most couples do while planning their weddings. You can hire people to organize them for you. Thereby foregoing any worry.

The ceremony may still be on, but a date has yet to be announced. That’s probably because Mariah’s divorce from Nick Cannon has yet to be finalized. MC insists their crazy schedules are responsible for the lack of movement where that’s concerned.

What caused this report is Mariah’s current husband. Nick Cannon is dragging out the divorce proceedings because he wants more money. Nick, however, denies those claims. He simply wants her to be happy, he told Extra in an interview. He has no problems with Mariah: “She is such a beautiful spirit, and we put the kids first.”

That very well may be, but James doesn’t want to wait. The source told InTouch that he made it clear to Mariah: It’s “now or never.” Mariah is hoping he’ll allow her a little more time before really calling it off for good.

Why make a guy like him wait, Mariah? Especially when he knew giving you expensive jewels and gifts were the way to your heart? The man isn’t stupid. MC has lived a lavish lifestyle for years. Since her meltdown in 2001, her career hasn’t gathered momentum. What is she to do so she can continue living the high life? Marry wealthy, of course. Good luck with that, MC. Don’t keep James waiting.