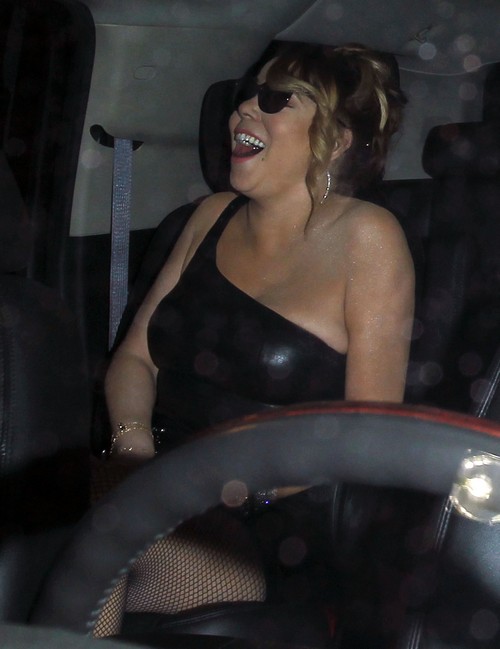 Mariah Carey’s alleged meltdown over her husband James Packer playing Beyonce while making love has fans worried again. In fact, there’s a new report that says Mariah Carey and James Packer’s wedding might be called off after the Australian billionaire infuriated her with a Beyonce song.

Mariah Carey’s mental state has long been a concern for both the singer’s fans and her close circle of family and friends. In her eyes, Mariah Carey’s diva behavior is normal, especially since she regards herself as the most important entertainer in the world. And that’s why when her future husband James Packer played a Beyonce song, the chart topper had a near meltdown.

According to Naughty Gossip, Mariah Carey allegedly James Packer made the mistake of playing a Beyonce song before making love to Mariah Carey. This infuriated the singer so much that she supposedly threw a laptop out of a window and “ran away screaming.”

Apparently, James Packer was ready to make love to Mariah Carey while listening to Beyonce’s “Crazy In Love.” What happened next is something he definitely didn’t expect as Naughty Gossip, “That was a disaster! Mariah threw the computer that was playing it via speakers out of the window. Seriously, she just trashed it. She ran out of the room screaming. So the night was obviously finished for James, and they retreated to separate parts of the house. And she had a few glasses of wine to cool down.”

Even with her success, it’s apparent that Mariah Carey is still vastly jealous of other divas in the entertainment industry including Jennifer Lopez and of course, Beyonce. Yet somehow James Packer clearly doesn’t understand his future wife and her needs.

It’s understandable that Mariah Carey wouldn’t want to make love to someone else’s song, especially with her long catalog of ballads and hits from throughout the years. James Packer could have easily picked any one of Mariah Carey’s Billboard hits to avoid the drama that allegedly happened between them that night.

Mariah Carey and James Packer’s wedding plans are still on thin ice as the couple hasn’t even set a date for their upcoming nuptials yet. And with the way things are going for them, it doesn’t look like Mariah Carey will be tying the knot before the end of the year.

Mariah Carey is all smiles as she leaves Mr Chow restaurant in Beverly Hills, California on August 2, 2016. Mariah even signed a copy of the soundtrack to her critically panned movie “Glitter.” FameFlynet