Mark Ballas Suffers Back Injury During Rehearsal With Paige VanZant: Sidelined From ‘Dancing With The Stars’ 2016 Competition? 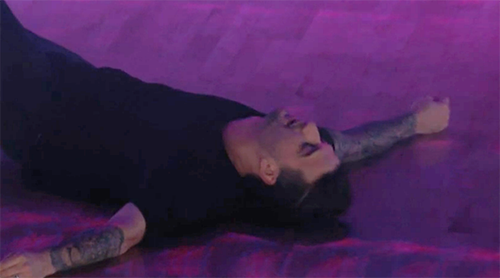 Dancing With The Stars pro Mark Ballas is reportedly injured. Does this mean he will sit out of the competition on Monday night? DWTS Season 22 contestant Mark Ballas suffered an injury during rehearsals, and it MIGHT sideline the pro dancer from Latin Night.

According to Dancing With The Stars 2016 spoilers, Mark Ballas and his partner, UFC fighter Paige VanZant, were scheduled to perform Danza Kuduro by Don Omar for Latin Night. However, Ballas might not be able to hit the dance floor. A report from People Magazine reveals, “He injured his back at camera blocking rehearsal on Sunday. It’s an old injury that he aggravated. It’s up in the air if he’ll be able to perform tonight.”

In an exclusive video from People Magazine, Mark and Paige can be seen rehearsing their dance – then the dancer abruptly calls “Time Out” and lays down on the floor, in obvious pain. He explains that his “back is pinched.”

It’s unclear whether or not Ballas will be hitting the dance floor tonight with Paige. But, just in case he is not cleared by a doctor, Paige is currently rehearsing her Latin Night number with another pro dancer and member of the DWTS cast, Alan Bersten. Fans may also remember him from his appearance on NBC’s dance competition ‘So You Think You Can Dance.’

Paige VanZant impressed a lot of DWTS fans, as well as the judges during her Season 22 debut last week – and she is being considered a frontrunner. Hopefully, she and Alan can find their groove during rehearsals, in case Mark Ballas is not allowed to perform – or else she could receive some less than stellar scores.

Injuries are becoming pretty common on the ABC dance competition. Nyle DiMarco was the first injury of the season after catching an elbow to the face during practice with his partner Peta Murgatroyd.

Do you think that Mark Ballas will be cleared in time to perform? What if he has to sit out for several weeks, what will this mean for his partner Paige? Share your thoughts in the comments below, and don’t forget to check CDL for all of your Dancing With The Stars 2016 spoilers and news.