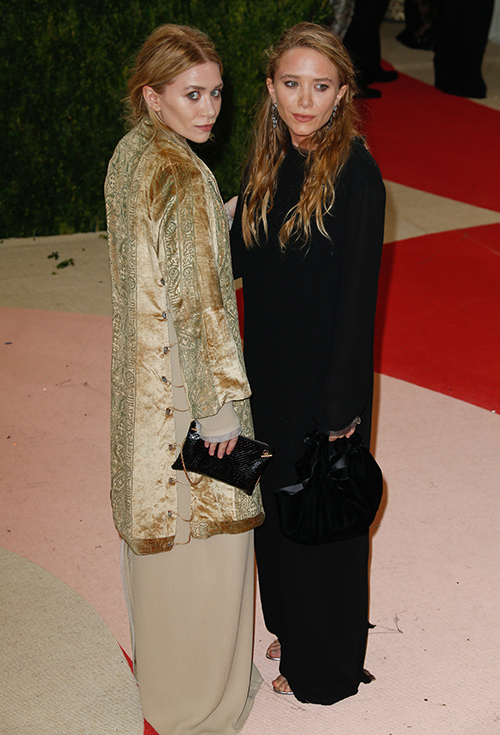 Mary-Kate Olsen and her husband Olivier raised a few eyebrows at the 2016 Met Gala, but even a baby bump wasn’t going to stop the Olsen Twin from attending one of the biggest fashion events of the year. According to eyewitnesses at the Met Gala and after parties, Mary-Kate Olsen was definitely acting strangely, and they are certain she may be pregnant.

An insider at the 2016 Met Gala dished in this week’s edition of Star Magazine, “Not only did Mary-Kate steer clear of alcohol, she didn’t smoke a single cigarette. We all started wondering if she was hiding a baby bump underneath that oversize coat.”

If you know anything about the Olsen Twins, then you know that they smoke like chimneys, so neglecting her nicotine cravings is a bit out of character. Still, skipping the cigs and booze isn’t exactly concrete proof that Mary-Kate is pregnant.

However, it is worth noting that her husband is 46 years old. So, if they do plan on having a family, it wouldn’t be shocking if they started trying as soon as they were married, because let’s be honest, no one wants to be 80 years old and raising children. If Mary-Kate and Olivier started trying to get pregnant after their wedding, then it makes sense she may be rocking a tiny baby bump right about now.

What do you guys think? Is Mary-Kate Olsen pregnant? Do you see her and Olivier having a family? Share your thoughts in the comments below!