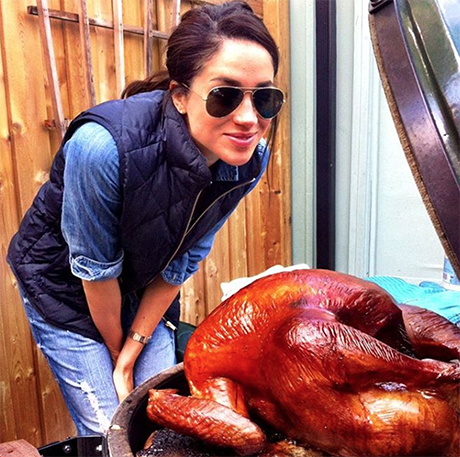 Meghan Markle is opening up about being a biracial actress in Hollywood. In fact, Prince Harry’s girlfriend penned an essay about being ‘ethnically ambiguous’ in the entertainment industry. The essay comes after Prince Harry lashed out at online trolls for targeting Meghan with sexist and racist comments about her.

Meghan opened up about her family history and even credited her parents for her success as a biracial actress in Hollywood. Meghan’s father is white and her mother is black. Her parents met in show business.

In her essay, Meghan even admits that she’s always felt nervous talking about her ethnicity. Meghan wrote, “Growing up in a homogeneous community in Pennsylvania, the concept of marrying an African-American woman was not on the cards for my dad. But he saw beyond what was put in front of him in that small-sized (and, perhaps, small-minded) town, and he wanted me to see beyond that census placed in front of me. He wanted me to find my own truth.” 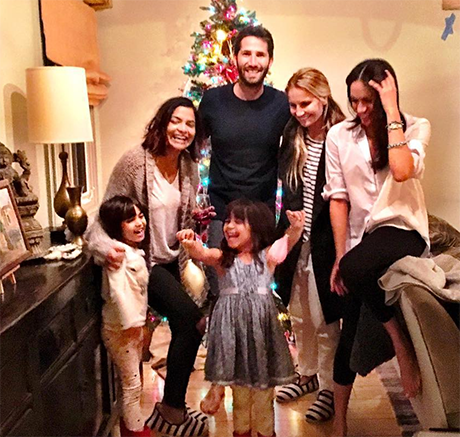 While Meghan Markle doesn’t address her relationship with Prince Harry in the essay, she does admit that online trolls have targeted her because of her royal romance. Prince Harry himself had to defend Meghan from all of the sexist and racist remarks trolls have been leaving her on social media. Harry lashed out at critics who ‘crossed the line’ with their outright sexism and racism on web article comments.

In fact, many royal sources were surprised that Harry made a statement to the media about the abuse. The royals almost never make any comments about gossip and rumors but sources say this was Prince Harry’s way of showing Meghan just how much she means to him. In fact, Harry is so serious about her that some insiders say that he plans on proposing to her on Christmas day. 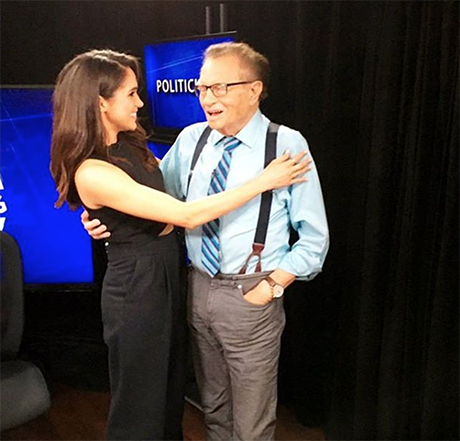 What do you think of Meghan Markle’s essay? Insiders close to the palace say that Harry is worried about his girlfriend’s safety and hates the fact that he can’t protect her from online haters. He also blames himself for all of the online abuse. Harry knows that it’s the price they have to pay for being a couple in the public spotlight, but it’s something that has been bothering him deeply. That’s why he’s willing to do whatever it takes to defend her from all of the ugly online attacks.

Let us know what you think by dropping us a line in our comments section below. Also, check back with CDL for all the latest news and updates on the royal family. 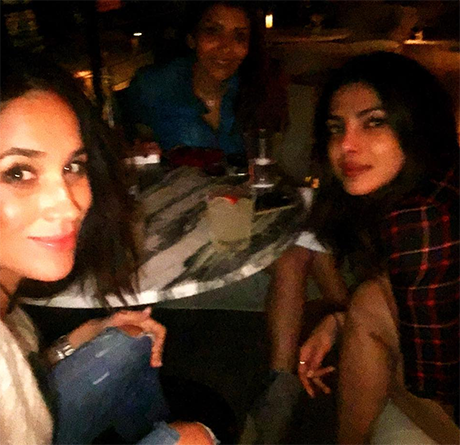 Sign up for the presale for my fall capsule collection for @Reitmans! The essential fall uniform I designed for work or play 😘 #MMxReitmans (on sale next week!! http://bit.ly/1qVx66l) #fashion

Prince Harry joins brokers at the annual #ICAPCharityDay where all revenues and commissions from the day will go to over 200 charities worldwide providing vital funds. One of the charities benefitting from the charity day is Sentebale, founded by Prince Harry to support children and adolescents living with HIV in Southern Africa.

He’s behind you! This cheeky chappy joined Prince Harry at Surama Primary School in Guyana for an impromptu spelling test ✏️ #RoyalVisitCaribbean #RoyalVisitGuyana