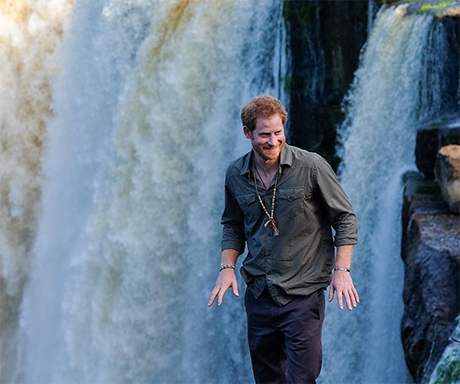 Meghan Markle was photographed wearing a gold necklace with the initials ‘H’ and ‘M’ while shopping for flowers and groceries just a few days ago. It is believed the actress and Prince Harry enjoyed a secret rendezvous in Toronto following Harry’s 15-day tour of the Caribbean on behalf of Queen Elizabeth.

Prince Harry reportedly broke protocol, cancelled his flight home to Britain, and, instead, purchased a ticket to Toronto to visit Meghan where the actress is on location filming the USA drama ‘Suits’. The couple allegedly spent only 48 hours together before Harry returned home to participate in the ICAP Charity Day held on Wednesday, December 7. 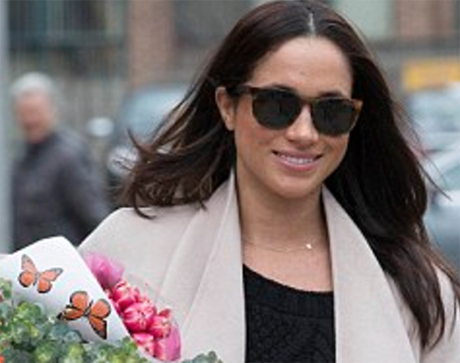 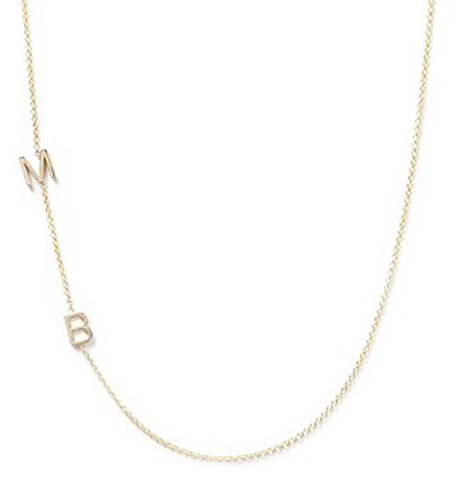 If the ‘H’ and ‘M’ initial necklace doesn’t scream out that Buckingham Palace is preparing for a Christmas engagement announcement, what does? The Daily Mail reports that the necklace is 14-karat gold and designed by Maya Brenner (style pictured above), a Los Angeles-based jewelry designer

It’s not an expensive necklace, especially by Royal standards. Reportedly, the slim gold chain with one initial costs about $240 American dollars. The cost of the second initial set the ginger-haired prince back an additional $60 American dollars.

The Daily Mail contacted a representative for the jewelry designer’s company. A spokeswoman confirmed that Meghan was wearing an “asymmetrical Letter and number necklace,” designed by Maya Brenner. The necklace is available in white, yellow, or rose gold. Harry must be saving the big money for Meghan’s engagement ring. 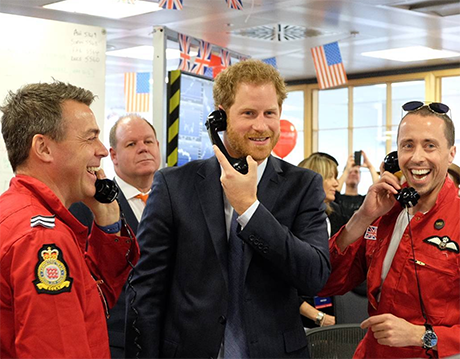 Prince Harry acknowledged the relationship with Meghan Markle in a press release made through Buckingham Palace early in November. It was an unprecedented move as Royals are not in the habit of commenting on their personal affairs.

Either Kate Middleton is excited about the prospect of Prince Harry and Meghan Markle’s much anticipated engagement announcement or Kate Middleton is seething with jealousy. Meghan has already been compared to Princess Diana for her humanitarian work. 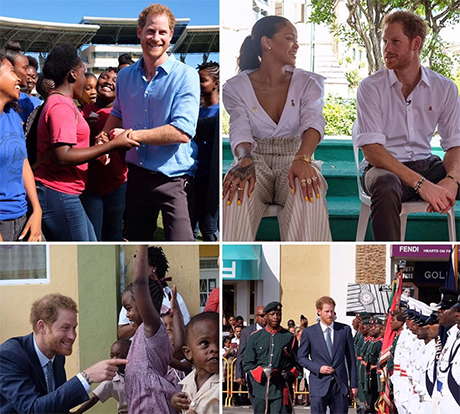 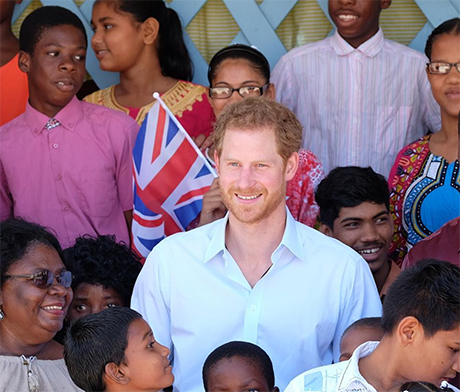 Also, Meghan has Hollywood connections, something Kate has always craved. The Duchess of Cambridge has desperately desired the shallow Hollywood lifestyle Meghan enjoys.

This should be an interesting Christmas at Sandringham for Queen Elizabeth and Kate Middleton. Normally, girlfriends are not invited to spend the holidays with the Royal Family. If Meghan Markle shows up at Sandringham, a Royal engagement will surely follow, don’t you think? Keep checking CDL for all your royal news.

The Countess of Wessex joins the annual #ICAPCharityDay in support of children’s hospice charity @SSChospices. pic.twitter.com/qijXQjkXnN

Pics: Prince Harry at #ICAPCharityDay – only hours after arriving from a detour trip to see Meghan Markle in Toronto https://t.co/VaS1pLOaTn pic.twitter.com/1B6Bxq5MZY

Prince Harry joins brokers on the trading floor at #ICAPCharityDay in support of his charity @Sentebale pic.twitter.com/UU6nhxRp7N

For the love of hand-me-downs. This was Bogart’s sweater when he was a puppy, and now it’s keeping Guy warm. #puppylove  #adoptdontshop #reducereuserecycle