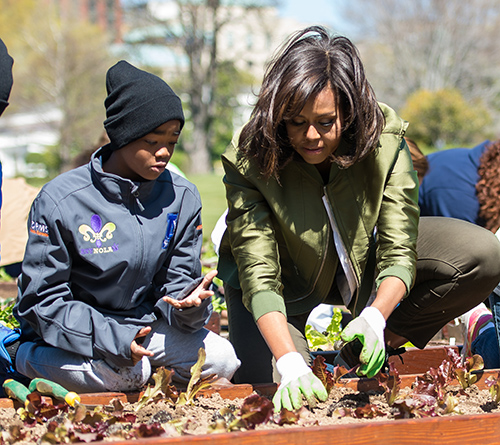 President Obama’s wife, Michelle Obama, is headed to Hollywood! According to NCIS spoilers, the First Lady will appear on an upcoming episode of the hit CBS drama. The network released on official statement on Thursday April 21, confirming that Michelle Obama would be starring on the May 3 episode of NCIS.

The May 3 episode of NCIS will be airing as part of a series called “Joining Forces” – CBS will be honoring United States service members, veterans, and their families. Apparently, the scenes in which Michelle Obama will be starring in, and playing herself (the current First Lady), were shot in the actual White House.

NCIS producer Gary Glasberg released this official statement regarding the May 3 episode, “Filming inside the White House was a dream come true for the NCIS cast and crew. It was such a pleasure working with First Lady Michelle Obama and it’s our honor to support the ‘Joining Forces’ initiative and the military families that benefit from it.”

NCIS spoilers tease that the episode will be titled “Homefront” and Gibbs will sit down at the White House with Michelle Obama, and real life family members of actual veterans for a round table discussion about the “Joining Forces” initiative. “Joining Forces” is an actual program started by the President’s wife Michelle Obama and Jill Biden back in 2011 – they came together to create the agency to help the family members of servicemen and women. Since the program began in 2011, dozens of families have benefited with financial, medical, and employment assistance.

Of course, NCIS has been the number one primetime drama for years – it seems fitting that Michelle Obama would do a cameo. She actually has also appeared on a few other shows, including ABC’s primetime drama ‘Nashville.’ After her stint as First Lady comes to a close – she could have a real future in Hollywood!