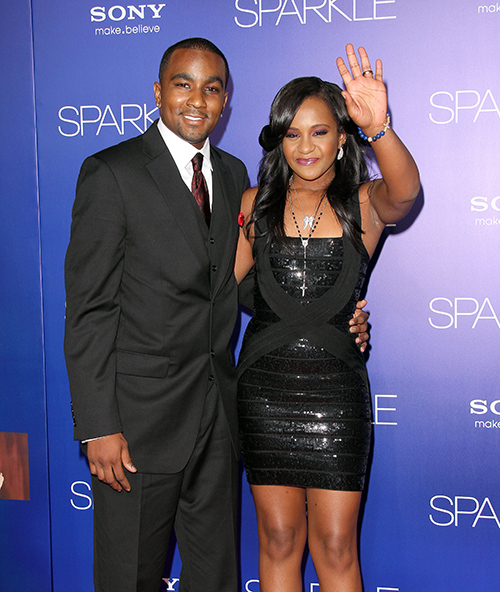 Nick Gordon is no murderer. Instead, lawyers claim he attempted to save Bobbi Kristina Brown’s life after suicide. Since Bobbi Kristina’s death in July 2015, suspicion, anger and outright accusations have plagued her boyfriend Nick Gordon. Additionally, the lawyers want all to be reminded that their client Nick Gordon is the one who found the unconscious Bobbi Kristina in a bathtub at her Atlanta home. Gordon is therefore deserving of everyone’s sympathy for the loss of his long time girlfriend.

Daughter of Whitney Houston, Bobbi Brown mysteriously went into a coma in January 2015 and six months later died at an Atlanta based hospice. The results of the autopsy were released to the public on March 4 – ironically, the date that the troubled star would have been 23-years-old.

As stated by NBC, the autopsy conducted by the medical examiner did not establish cause of death, leaving many to continue speculating that Bobbi Kristina’s death could have been a homicide or a suicide. While criminal investigations will continue into the death, the report does speak to a variety of drugs being found in Bobbi Kristina’s system. The combination of drugs was eerily similar to that which was also found in the system of Bobbi Kristina’s mother, Whitney Houston, who died under similar circumstances in February 2012.

After news broke of the devastating combination of drugs in his daughter’s system, Bobby Brown cancelled a performance in South Carolina on March 4. In an attempt to offset the expected speculations to follow, Brown posted on Twitter that the show was called off because of a recent surgery.

Nonetheless, controversy has followed Gordon without relent since Bobbi Kristina’s death. Bedelia Hargrove, court appointed conservator assigned to Bobbi Kristina’s estate, also filed a lawsuit against Gordon in June 2015. Despite Nick Gordon’s claims of innocence, Hargrove holds that he was responsible for the drugs found in her system. Bedelia Hargrove later modified the suit to claim that after leveling accusations of cheating on Bobbi Kristina, Gordon proceeded to give her a toxi drug cocktail and pushed her face down in a tub of cold water causing brain damage.

With the recent disclosure of the autopsy report into the death of Bobbi Kristina, lawyers for Gordon claim he had actually tried to save her life. In a release to People Magazine on March 8, Gordon’s lawyers Jose Baez and Joe Habachy stated, “Nick Gordon’s life has been tumultuous since January of 2015 when he lost the love of his life.”

They further claim that the District Attorney’s office in Fulton County has made it their duty to brand their client as a murderer at every opportunity. Baez and Habachy point to further injustices faced by Nick Gordon as during Bobbi Kristina Brown’s near seven months in a coma, her boyfriend was banned from visiting her in the hospital.

Are these grounds for legal action? Will Jose Baez and Joe Habachy push to compensate for emotional damages as a result of this public humiliation Gordon had faced?