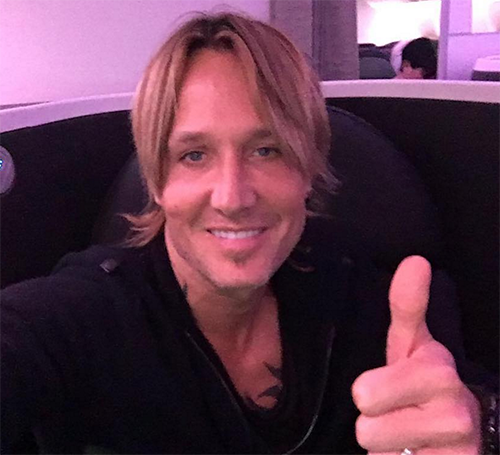 It looks like Nicole Kidman is finally ready to pull the plug on her decade-long marriage to Keith Urban. In fact, there’s speculation that the Hollywood actress might even be looking to her good friend Naomi Watts for separation advice after she recently announced her split from her long-term partner, Liev Schreiber.

If there’s one Hollywood relationship that has managed to stay strong throughout the years, it’s the one between Nicole Kidman and Naomi Watts. In fact, the two old friends were almost inseparable during last month’s Toronto International Film Festival, where Naomi no doubt filled Nicole in on all of the behind-the-scenes drama that was going on between he and Liev.

In fact, if there’s one person who knew that Liev and Naomi would be separating before their announcement was made, it’s no doubt that it was Nicole. Considering how close the two women are with each other, is Naomi now giving Nicole advice on how to smoothly separate from her husband Keith Urban without making it a messy divorce? That might be the case.

Surely, Naomi Watts and Liev Schreiber have managed to keep the drama out of their separation and it wouldn’t be surprising if Nicole Kidman wanted to do the same thing with Keith Urban. After all, if there’s one person who can easily dish the dirt on her, it would be her husband. And knowing how Keith has often hinted at their marital problems in his numerous interviews, there’s a good chance that he would be willing to spite Nicole even more after a separation.

According to OK! Magazine, one source says that the country crooner is absolutely ‘miserable’ as he wants a fast way out of their marriage. The insider said, “Keith is sick and tired of Nicole constantly treating him like he’s done something wrong. Keith isn’t sure how their marriage can survive if she can’t trust him. Things have escalated to the point that they’re no longer about to even have a conversation without fighting.”

To make matters worse, Keith has supposedly abandoned Nicole, as he didn’t accompany her on the red carpet at TIFF last month, nor has he been seen with her for the last several weeks. Of course, it wouldn’t be surprising if Nicole Kidman and Keith Urban called it quits before the holidays.

Now that Naomi Watts is single, Nicole has a girlfriend she can count on to help her through yet another major transition she is about to make in her life. Tell us CDL readers, what do you think? Will Nicole Kidman divorce Keith urban after all these years?

Highest energy tour we have ever done in Canada!!! Thank you! Can’t wait to come back! And thank you @DallasSmithmusic for an awesome tour brotha!! Love you! – KU #ripCORDWorldTour 🇨🇦

EDMONTON – firstly, u guys were INSANE FUN!!! And what a phenomenal venue – @ROGERSPLACE is officially BROKEN IN! And I wanna say a HUGE THANK U to Hailey Benedict who blew us away tonite!!!!! I LOVE YOU ALL – KU #ripCORDWorldTour