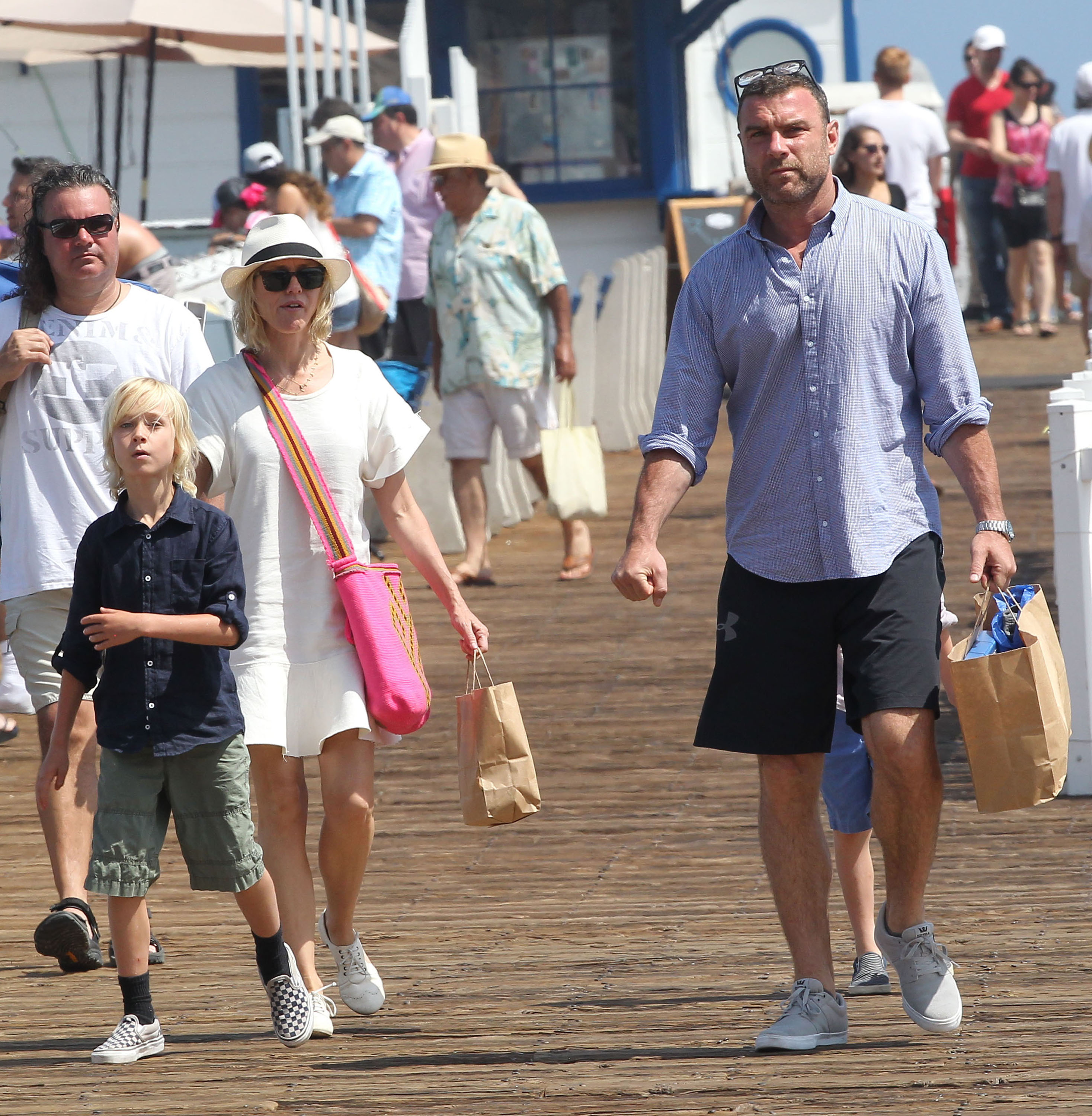 Liev Schreiber and Naomi Watts have announced their breakup – it’s divorce for the couple after 11 years of marriage and two children. It looks like another celebrity couple has pulled the plug on their relationship, following Brad Pitt and Angelina Jolie’s shock divorce news last week. This time around Hollywood couple Liev Schreiber and Naomi Watts have announced that they are divorcing and ending their 11-year relationship.

Liev Schreiber and Naomi Watts were last seen promoting their film, ‘The Bleeder’ at both the Venice and Toronto International Film Festivals earlier this summer. And while the couple looked relatively happy and at ease together, many fans pointed out that Naomi was noticeably absent at the Emmy Awards earlier this month when Liev took the couple’s son Sasha to the ceremony instead.

According to E! News, the couple released a breakup announcement that said, “Over the past few months we’ve come to the conclusion that the best way forward for us as a family is to separate as a couple. It is with great love, respect, and friendship in our hearts that we look forward to raising our children together and exploring this new phase of our relationship. While we appreciate your curiosity and support, we ask the press to be mindful of our children and respect their right to privacy.”

Of course, Liev Schreiber and Naomi Watts’ relationship has long been plagued with cheating rumors, and divorce was expected by many – especially back in 2011 when the actor was forced to deny allegations that he was cheating on his long-term partner with an Australian model. In fact, the tabloids have long speculated that the couple were close to calling it quits for several months now.

According to Star Magazine back in February, many sources claim that Naomi was ‘constantly walking on eggshells’ as Liev was apparently ‘not an easy man to live with’ thanks to his alleged mood swings and terrible temper. Of course, a rep for the couple denied the allegations at the time.

And then there was also the fact that the couple had uprooted their family from New York City to Los Angeles several years ago as well. There was speculation that Naomi Watts especially had a hard time adjusting to the California lifestyle after living so many years in the Big Apple with the couple’s two sons, Samuel and Sasha.

Following both Brad Pitt and Angelina Jolie’s divorce and now Liev Schreiber and Naomi Watts’ split, tell us CDL readers, which celebrity couple is next to breakup and call it quits? Nicole Kidman and Keith Urban? Jennifer Aniston and Justin Theroux? George Clooney and Amal Alamuddin? Let us know what you think in our comments section below.

Couple Naomi Watts and Liev Schreiber have decided to call it quits after being in a relationship for the past 11 years that included two children Alexander and Samuel on September 26, 2016. The pair stated that after months of growing apart they felt this was the best solution although they will continue to do things together for the sake of their two sons. Here are file photos of the couple during happier times. FameFlynet