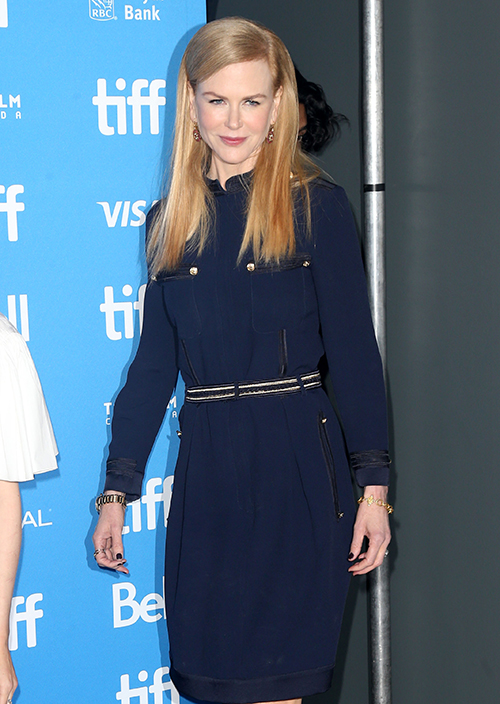 Nicole Kidman’s red carpet appearance at the Toronto International Film Festival is fueling rumors about the state of her marriage to Keith Urban. The image-conscious couple has always been very careful about portraying her happy life and marriage to the media without revealing exactly what goes on behind closed doors. Yet, her husband, country music singer Keith Urban, is refusing to play her games. He’s making it very clear that their marriage has been anything but smooth sailing.

Speaking to Hits Magazine, Keith Urban called his marriage a “learning curve” by hinting that he often has to abandon Nicole Kidman during their explosive arguments. Keith Urban said, “I had such a learning curve in our marriage! When she’d get scared, I’d think she was angry; then I’d get defensive, go tearing out the driveway at 90 miles an hour and that’s when it gets pear-shaped,” before adding, “If I’m a better man, it’s because of her.”

And while there’s no doubt that any long term marriage will see a good amount of ups and downs, Nicole Kidman surely doesn’t want to hear her husband talk about their marriage to the media. Nicole Kidman and Keith Urban’s careers depend on their celebrity images. Surely, Nicole Kidman doesn’t need her husband telling the world about their fights and how difficult she is to deal with when she’s worked hard her whole life to portray herself as an elegant mother, wife, actress and woman with nothing but poise and class.

Tell us CDL readers, do you think Nicole Kidman and Keith Urban’s marriage will end by the end of the year? Is Nicole Kidman refusing to be honest about her failed marriage while Keith Urban continues to talk about their troubled relationship? Drop us a line with your thoughts below.