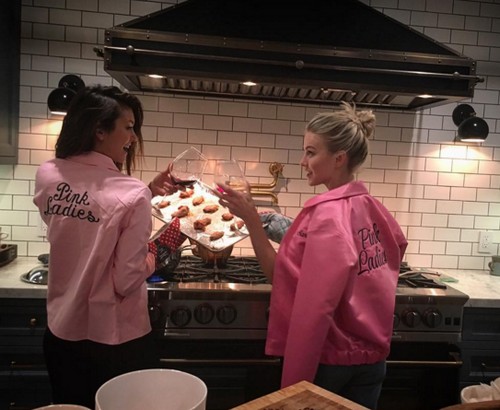 Is Nina Dobrev haunting the marriage of Ian Somerhalder and Nikki Reed? Is Nikki Reed pregnant with baby number one? Nope! And, if her Vampire Diaries husband Ian Somerhalder has his way – Nikki won’t be getting pregnant any time soon. Ian Somerhalder might have put a ring on it, but that seems to be as far as his dedication to Nikki Reed goes, the actor is not trying to have a tiny human being link himself and Nikki together for life – just in case he decides he does want to get back together with Nina Dobrev.

Since Nikki and Ian’s wedding, the couple has been hounded constantly by fans and the media wondering when they will be having a baby. That’s typically what happens after a couple gets married. Ian has been playing coy and dodging the parental questions like a pro.

In a recent interview with Entertainment Weekly Somerhalder teased, “Well, you know, those are the coolest little things in the world. Stand by,” when he was asked about having a baby with his wife Nikki.
Marriage is not what it used to be.

When two people got married back in the day, they were stuck together for life – and divorces were nearly unheard of. Now, they are a dime a dozen – and there really is nothing that permanent about a wedding. It used to be, if you got a man to get down on one knee and propose to you, you were set for life.

Ian Somerhalder could tell Nikki he was heading to the organic fruit stand down the street – and stop at a corner store and pick up a divorce application. My point is this, marriage can be easily undone – it’s 2016, but actually having a baby with his wife Nikki Reed would mean that he was stuck with her for life, whether they remain married or not.

And, that is why Ian is stalling. Does it mean that he still sees a future for himself and Nina Dobrev? Quite possibly – multiple sources have dished that Ian was a little rattled after seeing Nina onstage grinding with Tim Tebow on Lib Sync Battle. You don’t get jealous of your ex-girlfriend dancing with someone else on television, unless you still have feelings for her.

Let’s be honest there’s a reason Nikki Reed HATES Nina Dobrev so much – because she knows that Nina is still a threat to her marriage, and most likely the reason her husband won’t give her any babies. What do you guys think? Is Ian Somerhalder stalling on starting a family with Nikki because he still has feelings for Nina? Let us know what you think in the comments below!

9 months of amazing marriage to this amazing human. Happy 9 months my one and only human-I can’t wait for the rest. So many many many more to come and fill with memories. I love you