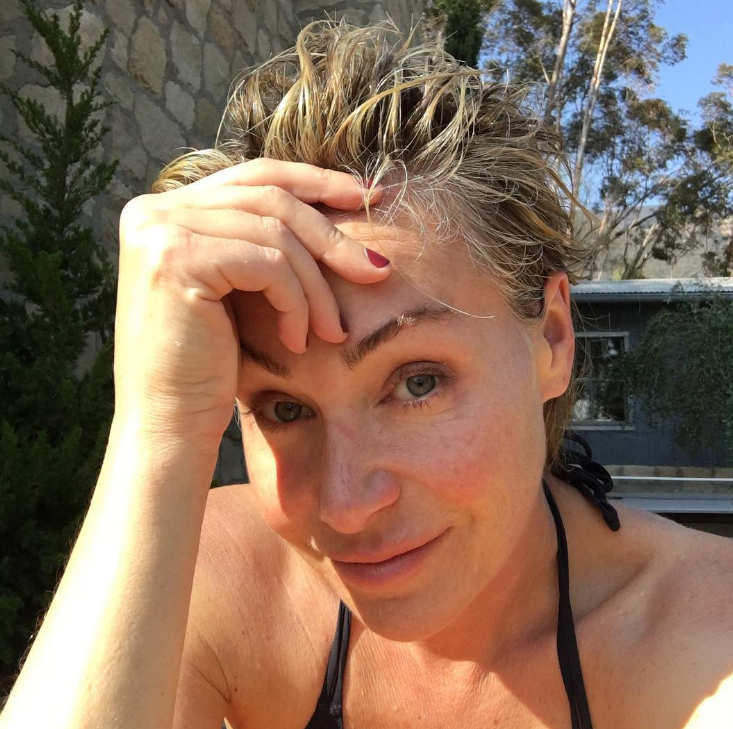 Portia de Rossi is desperately looking for a way out of her marriage with Ellen DeGeneres – is there another another big Hollywood divorce on the horizon? There are new rumors swirling that the Australian actress is looking to pull the plug on marriage to the popular television talk show host.

Portia is allegedly telling friends that she is not only feeling suffocated by Ellen’s controlling ways, but that she simply can’t take the stress of living with her anymore.

According to In Touch Weekly, Ellen might want her fans to think that she’s an easy going, friendly, caring and sensitive person who loves to help those in need while also offering to listen and give advice, she’s apparently a completely different person behind closed doors.

Things are so bad between Ellen DeGeneres and Portia de Rossi right now that the actress is no longer hiding the fact that their turbulent marriage is taking a toll on her well-being. In fact, Portia hates it that Ellen is calling all the shots at home, while making it clear that she has the last say in almost everything they do, especially when it comes to her career, personal and even day-today choices.

One source close to the couple even dished, “She wants to control and micromanage every aspect of Portia’s life, and it’s becoming more and more of a deal-breaker. If Ellen’s on a cleanse, Portia needs to be on a cleanse. If Ellen quits coffee, Portia needs to quit, too. It’s Ellen’s world and what she says, goes.”

The insider added that Ellen makes Portia feel absolutely miserable about herself because the popular daytime talk show host likes to treat her more like a ‘trophy wife’ than a partner. Some even say that if it weren’t for Portia’s role in the hit television drama ‘Scandal,’ she would have filed for divorce and left Los Angeles already.

Of course, the news comes as a surprise and especially for Ellen’s fans who are used to seeing her as someone who is always cheerful with a carefree, yet caring personality. But it looks like she’s the exact opposite behind closed doors and that’s why her marriage to Portia is suffering.

If the rumors are true, Ellen DeGeneres is giving her wife no room to breath, which will ultimately lead to a marriage breakdown of sorts, especially if she continues to overstep her boundaries at home. No one wants to feel like they live in a golden cage, regardless of who they are or what their status is in Hollywood.

Tell us, do you think Ellen DeGeneres and Portia de Rossi are the next couple to file for divorce?

This is even better in slow motion. @RickyGervais

#QuoteoftheShow comes from one of my favorite people. “We should celebrate progress, not perfection.” -@MileyCyrus