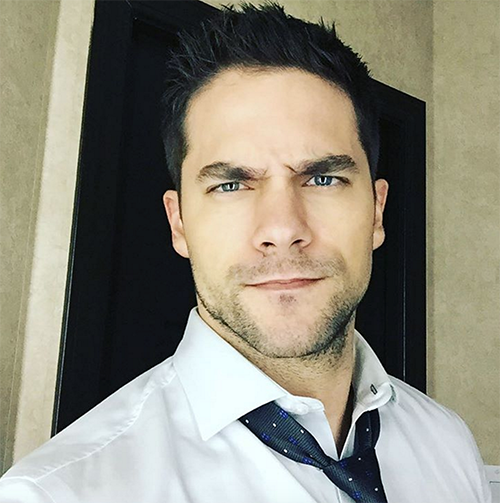 Pretty Little Liars 2016 spoilers tease that fan favorite Brant Daugherty will be returning to Season 7 of PLL as Noel Kahn. Showrunner Marlene King spilled the beans on Twitter when she posted a photo of a PLL table read, fans of the Freeform drama instantly recognized Brant Daugherty, and were beyond thrilled by the news that Noel Kahn is headed back to Rosewood.

The last time Brant Daugherty appeared on Pretty Little Liars was in Season 5. If you recall, he was part of the huge Alison DiLaurentis-is-really-alive reveal. The liars were shocked when they realized that Noel Kahn had been helping Alison (Sasha Pieterse) maneuver through Rosewood undetected. It’s still really unclear whether or not Noel was on the liars’ side, or had secret evil intentions.

Daugherty confirmed the Pretty Little Liars spoilers about his return on Twitter and tweeted out to PLL fans, “There’s a storm coming.” It kind of sounds like Noel Kahn is up to no good. Could it be possible that he has something to do with Sara Harvey, or maybe even Charlotte’s murder in Season 6?

We actually haven’t seen Noel Kahn since the big PLL time jump, so we have no idea what he has been up to for the past five years. For all we know, he may have never even left of Rosewood, and has been lurking in the shadows since the liars all returned. Regardless, there is never a dull moment when Noel is involved, and he always managed to stir up some sort of drama.

So PLL fans, are you excited about Brant Daugherty’s return? What do you think he is up to. Is he someone who the liars should be worried about? Pretty Little Liars 2016 spoilers tease that Season 7 will premiere on Freeform on Tuesday, June 21. Don’t forget to set your DVR’s and check CDL for all of your PLL recaps!