Prince Believed in The Illuminati – Does The Secret Organization Exist? 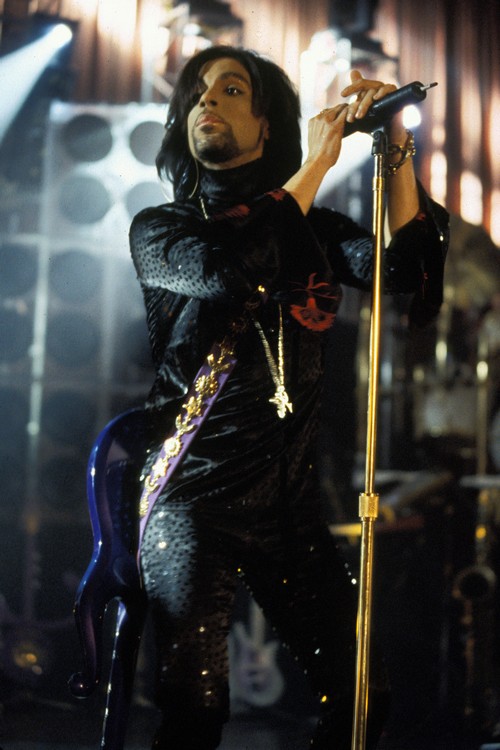 Now that Prince Rogers Nelson is dead, conspiracy theories like the Illuminati, about what “really” happened to the artist are churning like mad. One recurring notion is that he was killed in an Illuminati plot. But is this even possible? Did Prince believe in the shadow organization or did he belong to it?

We all know Prince was an odd bird – he was brilliant, complex, a master of music and a deep thinker. But he was also full of strange opinions that did not align with mainstream thinking. In particular, one of the things that Prince seemed to be obsessed with was the Illuminati.

Prince had a large “all seeing eye” ring he liked to wear and added a third eye to his Twitter profile in the days before he passed away. Many theorists have taken this as a sign that the secret group killed Prince Rogers Nelson. But come on.

Just because Prince believed in the Illuminati (and he seemed to unless he was pranking us all), does not mean the shadow organization exists. Once the toxicology reports are revealed in a few weeks, the sad news is that his cause of death will be utterly ordinary.

Prince was apparently healthy – but he was in his late 50s and suffered an OD just a few days prior to his death. News broke that his private plane stopped to seek emergency treatment for the singer from too much Percocet in his system – at least according to insiders.

Video has surfaced of Prince pacing outside a Walgreen’s which he was reported to visit four times in the week leading up to his death. Those that are seeking evidence of a conspiracy should consider instead a more mundane explanation for the singer’s death – simple overdose.

But the Illuminati talk won’t stop coming and what doesn’t help is that Prince himself seems to have been genuinely convinced that the organization existed. In an interview a couple of years ago, Prince discussed how chem trails leach behavior-altering chemicals into the atmosphere.

He said, with a straight face, that as a child he noticed people being more aggressive and fighting after he observed chem trails in the sky. Prince also mentioned that people are nothing more than slaves on a plantation of life run by powerful mystery figures.

But let’s consider something a little less earth-shattering than an Illuminati conspiracy to sacrifice Prince to the fires of Beltane… Prince was a Jehovah’s Witness and they believe that blood transfusions are a sin because there is a commandment from God to “abstain from blood.”

Prince was rumored to have chronic hip pain thanks to years of splits and dancing in high heels in his energetic performances. Insiders in his camp indicate that Prince desperately needed double hip replacement but because of the Jehovah’s Witness taboo on transfusions, could not get the surgery.

Prince routinely walked with a cane and the medication that he overdosed on when his private jet made an emergency stop was Percocet, a common medication for chronic pain. In fact, photos show Prince pacing outside the local pharmacy just hours before his death.

Also Prince had a half-brother, Duane Nelson, who died relatively young at age 52. The bottom line is, there’s no Illuminati conspiracy here – nor is there an Illuminati at all. We have to remember that conspiracy theorists also believe man never walked on the moon and other obvious fallacies.

But perhaps it’s easier to accept that an international conspiracy was behind the death of Prince than something so commonplace as an accidental overdose. Also, Prince had shared before that he struggled with epilepsy as a child and Percocet can cause convulsive seizures.

No Illuminati. No death scheme by his record label. No secret plot to poison him so his heirs could revel in his fortune. No chem trails telling him to drink the Kool-Aid. Prince burned brightly then Rogers Nelson fell prey to an anti-climactic end to a brilliant life.

Share your comments on Prince’s passing below and the Illuminati and other wild conspiracy theories surrounding his untimely death. And be sure to check back with CDL often for more celebrity news.