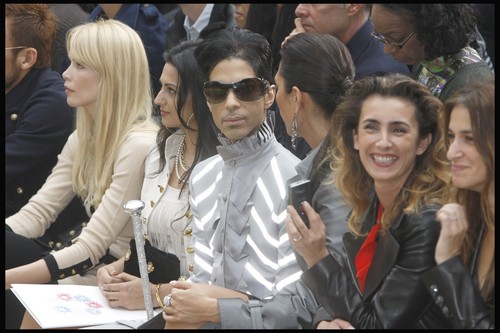 Prince’s official cause of death has been released from a top medical examiner, and they have confirmed that the late singer died from a drug overdose of opioids. It’s been over a month since the world was shocked by news of Prince’s passing on April 21 2016.

It became pretty clear that drugs played a key part in Prince’s death a few weeks ago when it was announced that the Carver County Sherriff’s office was getting assistance in the investigation from the Drug Enforcement Administration.

The Minneapolis Star Tribune confirmed on Thursday June 2 that Prince’s death was the result of an opioid overdose. Prince was reportedly suffering from a severe addiction to prescription painkillers, an in the days leading up to his death a world renowned addiction specialist was contacted to come in and help the singer.

Andrew Kornfeld arrived at Prince’s home on April 21 and the singer could not be located, he was on hand when they found his body and is allegedly the one who called 911. Sadly, it looks like Andrew Kornfeld arrived a little too late to help the ‘Purple Rain’ singer. Andrew is the son of Dr. William Kornfeld, and works at Recovery Without Walls in California.

As of right now authorities are not done with the Prince investigation, now that they know the exact cause of death of the singer and can confirm that it was indeed drugs, they are delving deeper and trying to figure out how exactly the singer was getting his hands on the ready supply of prescriptions.

Are you shocked by this news, or did you have a feeling all along that Prince’s death was drug related? Do you think someone will be held responsible for giving Prince access to the prescriptions that inevitably took his life? Let us know what you think in the comments below!