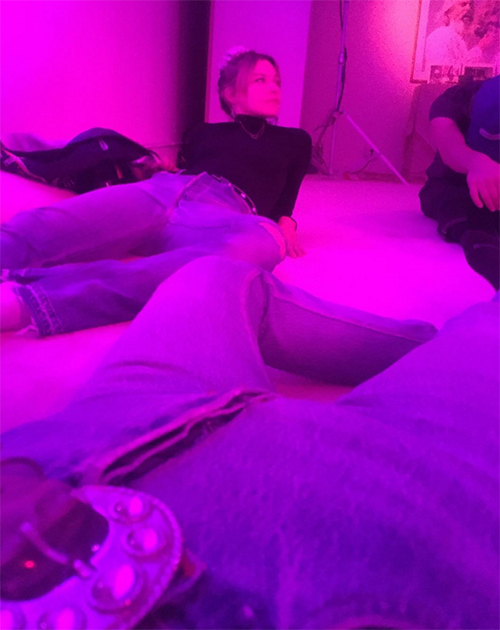 Prince Harry’s romantic fling with party-loving American Juliette Labelle might turn into a serious romance. Kate Middleton is not going to approve of this blonde beauty. A trip to Los Angeles in January found Prince Harry enjoying a quick fling with Juliette, 22, who is an aspiring actress and fashion publicist. No one thought much would come out of Prince Harry’s just-for-fun hook-up. Sources told OK! magazine that Prince Harry has been secretly dating Juliette since returning home to Britain.

Juliette is apparently an extremely free-spirited and well-traveled young woman who loves to go club-hopping and sailing around on yachts. The insider revealed, “[Juliette] might be much younger than he is, but Harry enjoys Juliette’s vivacious personality.” The fact that Juliette is a world traveler “is a major turn on for Harry. They’ve bonded over places they’ve visited.”

If Kate Middleton hasn’t seen Juliette Labelle’s Instagram yet, the Duchess of Cambridge may want to take a peek. What Kate sees will probably disgust her beyond reason.

A few weeks ago, Juliette posted a pic captioned, “Getting v comfortable at the Dream House featuring my crotch.” Yes, LaBelle is lying on some sort of couch or mattress with her legs spread.Very classy for a future princess, don’t you think?

Right now, Prince Harry is using a secret Instagram account in order to share photos for Juliette’s eyes only. Harry and Juliette allegedly text each other all the time.

Insiders say Prince Harry is absolutely smitten with Juliette despite her garish ways. Reportedly Juliette is planning a trip to London very soon because the ginger-haired prince and the blonde beauty cannot wait to see each other again.

Why would Labelle need to travel to London in the next month as reported? Harry could just as easily meet up with Juliette when the fifth-in-line to the throne travels to Orlando in early May for the Invictus Games.

Prince Harry announced the names of the U.K. Invictus team on April 6. The games begin on May 8. Juliette should just hold tight and join Harry in Orlando.

Maybe Juliette Labelle will sneak into London while Kate Middleton and Prince William are in India and Bhutan. That way she can avoid the disapproving gaze of the Duchess of Cambridge.