Prince Harry Next King Of England: Prince William To Lose Title From His Brother, Unfit For Role? 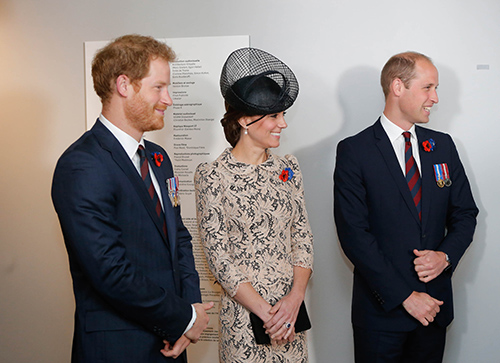 Prince Harry has always been considered the media’s favorite royal, but it looks like he’s also a favorite among royal staffers as well. In fact, one ex-body guard is even hinting that Prince Harry would be a better choice as the next King of England than his brother, Prince William.

Even though the Duke and Duchess of Cambridge are in line to take the throne, not everyone is confident that the couple would do a good job. After all, Prince William and Kate Middleton have long been criticized for being ‘lazy royals’ who do very little when it comes to their charity work and royal responsibilities as they would rather take multiple vacations each year.

Prince Harry on the other hand has been more visible in the public spotlight and according to some, more charismatic and charming and a natural when it comes to connecting with the public. That’s why many have been hinting that Prince Harry as the next King of England would be a far better choice than Prince William or his father, Prince Charles, for that matter.

Speaking to the Daily Mail, Prince William and Prince Harry’s former bodyguard Ken Wharfe goes on the record to not only recall his time at Buckingham Palace, but express just how different the two brothers are, while putting Prince William in a not-so-positive light.

Ken Wharfe said, “William tended to be sly, whereas Harry was much more open. You knew exactly where you stood with him. Everybody liked Harry because he was funny. William wasn’t. That was his character and, of course, he knew exactly who he was.”

The ex-bodyguard added that Prince Harry would “make a remarkable king but sadly that isn’t going to happen.”

Tell us CDL readers, what do you think? Would Prince Harry make a better King of England than Prince William? Drop us a line with your thoughts in our comments section below and of course, check back with CDL on all the latest updates on the British royal family right here.