Prince’s Inheritance and Net Worth: Brothers and Sisters Battle for Dead Singer’s Money and Song Rights 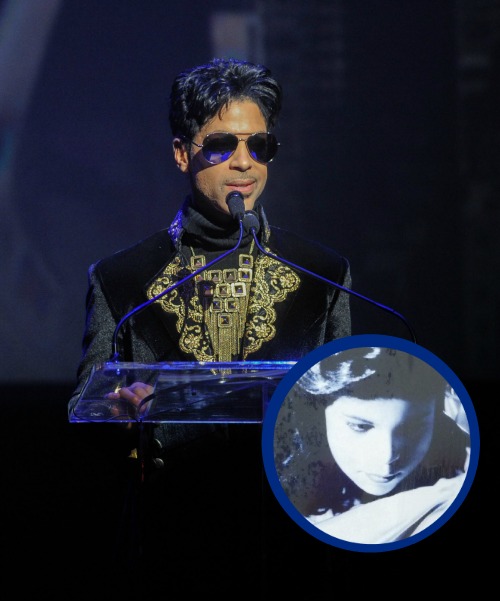 Prince is dead and his only sole full-blood sibling Tyka Nelson filed court documents in Minnesota this week claiming that Prince Rogers Nelson died intestate (that means without a will). This puts all of his sizable assets up for grab and a battle brewing for a share of the inheritance of what’s a staggering net worth.

With Prince dead, no will, and a millions on the line, a battle is brewing. Rumor has it Prince had stacks of songs in his vault that are not accounted for in his estate which is already estimated to have a net worth of $150 to $300 million that Prince’s brothers and sisters will fight to get their hands on.

Prince’s sisters and brothers, all except for Tyka Nelson, are half-siblings. But under Minnesota inheritance law, when someone dies without a will, all siblings are treated equally. Prince also has two deceased half-siblings whose offspring are owed a share of his net worth under the state law.

In addition to his cash and future earnings, the song rights are a massive part of the estate. Prince refused to sell off his rights and equated record labels demanding ownership rights to music as a state of “slavery” for artists and that’s why he has a massive library of unpublished music.

The song rights should also be divided equally among the siblings, but there may be a bitter battle for those family members that want cash now versus those that may prefer to control his song rights. If the siblings won’t divvy up equally, a war will ensue.

What’s really staggering in all of this is that Prince had no estate plans in place which means the IRS will walk away with a huge chunk of his estate after his death from an apparent Percocet drug overdose. This will no doubt be a legal battle that will not settle peacefully or quickly.

While fans are still eager to find out how and why Prince is dead, the rumors continue to mount. Some disgusting reports have emerged that the singer had AIDS and rigged a suicide to look like a Percocet drug overdose to avid word spreading of his illness.

While it would be shocking if Prince had AIDS, this seems unlikely. Most accounts credit that the singer had painful hip problems from years of performing in high heels that required pain medication and may have led to him becoming an unintentional drug addict and the eventual drug overdose.

Of interest is that the drug Prince reportedly took, Percocet, has a relatively low amount of opiate but a very high dose of acetaminophen (Tylenol) which can cause liver damage that leads to death. In fact, many Percocet overdoses are from the Tylenol component, not the opioid.

In a recent meeting of Prince’s brothers and Prince’s sisters, insiders report that Tyka Nelson took over the meeting and tried to assert control since she’s Prince Rogers Nelson’s only full blooded sibling and that the meeting fell apart when she stormed out.

With Prince dead and what seems like a rushed cremation because of the drug addict rumors, it’s natural questions persist. But toxicology results should spell things out. Interim reports indicate no sign of foul play or suicide in Prince’s death and initially it looks like an accidental drug overdose.

The law is clear and each of Prince’s siblings – no matter full or half-blood – should each get an equal share of Prince’s estate with the offspring of the dead siblings splitting their parents’ share. Even though there’s enough to go round, we can count on a bitter battle for every last penny.

Check back with CDL often for more news on the inheritance battle as it heats up and news on Prince’s autopsy as it becomes available.