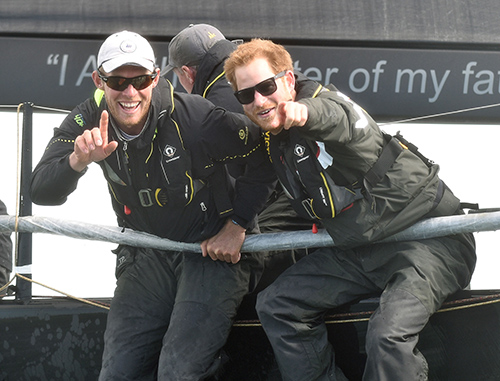 Princess Diana’s former bodyguard is opening up about a family secret that everyone has been kept quiet about for decades. The late princess’ confidant is addressing long-running rumors about Prince Harry’s real father along with Princess Diana and James Hewitt’s secret romance.

Former royal protection officer Ken Wharfe says that even though Prince Harry and James Hewitt are almost identical with their similar characteristics, there’s no way that the former British military officer could be his real biological father. It was long speculated that Princess Diana and James Hewitt’s secret romance resulted in her pregnancy with Prince Harry, but now her bodyguard says that the timeline simply doesn’t add up.

Ken Wharfe said, “The affair brought other problems, including malicious rumors about the paternity of Prince Harry – rumors which angered Diana greatly and which persist to this day, almost 19 years after he death.”

In addition, Ken Wharfe believes that the Princess Diana cheating rumors were actually started by Prince Charles’ close group of friends, in spite of his wife at the time. Yet he says the timing simply doesn’t add up, as Prince Harry was born in September of 1984 and Princess Diana didn’t meet James Hewitt until the summer of 1986.

What’s more, Ken Wharfe says that only Princess Diana knows who Prince Harry’s real father is, implying that it might not be Princes Charles after all. Surely, Prince Harry has always treated Prince Charles as his real father, despite rumors suggesting that he might be James Hewitt’s biological son, which of course the British royal family has vehemently denied.

Yet, they also haven’t shown any proof that says Prince Harry is Prince Charles’ son, which would definitely put the rumors to rest once and for all. Yet, Prince Charles is refusing to speak up and defend himself, knowing all too well that he would be once again scrutinized for his Camilla Parker-Bowles affair during his Princess Diana marriage.

Tell us CDL readers, what do you think? Is Prince Charles Prince Harry’s real father? Did Princess Diana have an affair with another mysterious man? Let us know what you think and of course check back with CDL for all the latest updates and news on the British royal family right here.