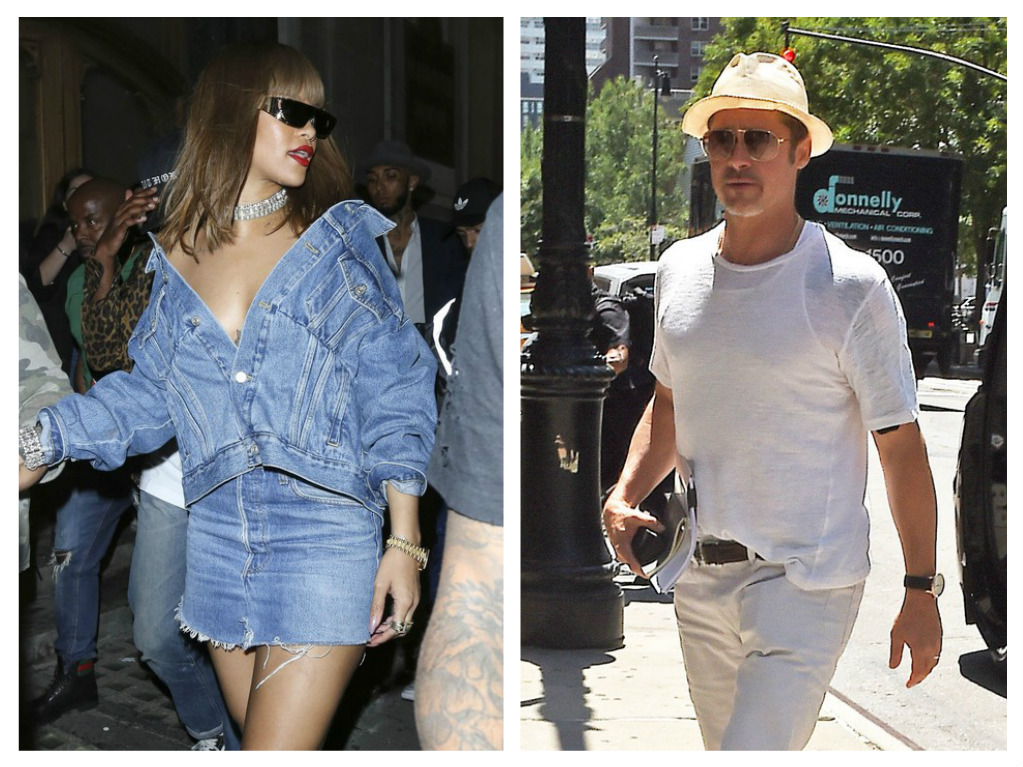 Rihanna is in love with Brad Pitt after her break-up with her former lover Drake according to a new report. In fact, there’s speculation that the singer is pining for the newly-seperated Brad Pitt now that his soon-to-be ex-wife Angelina Jolie has pulled the plug on their short-lived two-year marriage.

Star Magazine says that Rihanna has been waiting for the right moment to make her move on her long-time crush and now that Brad is single, she wants to make a move on him with the first opportunity she gets. In fact, sources say that sparks flew when Rihanna met the actor during the Make It Right charity concert in New Orleans back in 2012.

Brad and Rihanna got along so well at the event that it made Angelina Jolie quite suspicious, with her allegedly demanding that he stay away from the singer in one of her many angry outburts. Some have even said that Rihanna has long been “a thorn” in Angelina Jolie’s side as she had a hard time shaking off the incident for years.

So does this mean Rihanna’s handlers are going to try and arrange a date with the hunky heartthrob? Perhaps not right away, as Brangelina’s divorce still needs to be finalized and the last thing the singer needs right now as rumors of her dating a married man, even though Brad and Angelina are officially seperated.

Then again, there are very few in the celebrity world that haven’t had a crush on Brad Pitt during one time or another. Just like her follow chart topper Britney Spears, Rihanna knows that she has a long shot before Brad Pitt dates her, let alone even acknowledge her.

After his nasty Angelina Jolie divorce, it wouldn’t be surprising if Brad looked for a woman that was not a well-known celebrity and someone a little low-key, in comparison to all of the fame-hungry and attention seeking actresses out there in the entertainment world.

Sure, Rihanna can fantasize all she wants about a Brad Pitt romance, but it’s simply never going to happen. Rihanna knows all too well that Angelina Jolie would have a fit if Brad were to ever be photographed with the controversial singer. What Rihanna might be doing though is trying to make her own ex-lover Drake jealous with possibly hook-up rumors with the actor.

If there’s one person that would make Drake envious, it would definitely be an A-list Hollywood star like Brad Pitt.

Tell us CDL readers, do you think Rihanna is in love with Brad Pitt? Or is this just another preposterous rumor fueled by the singer’s team in hopes for a little publicity and headlines? Let us know what you think by dropping us a line in our comments section. Also, check back with CDL for all the latest news on Brangelina’s divorce.

“I like to hide behind the characters I play. Despite the public perception, I am a very private person who has a hard time with the fame thing.” – Angelina Jolie