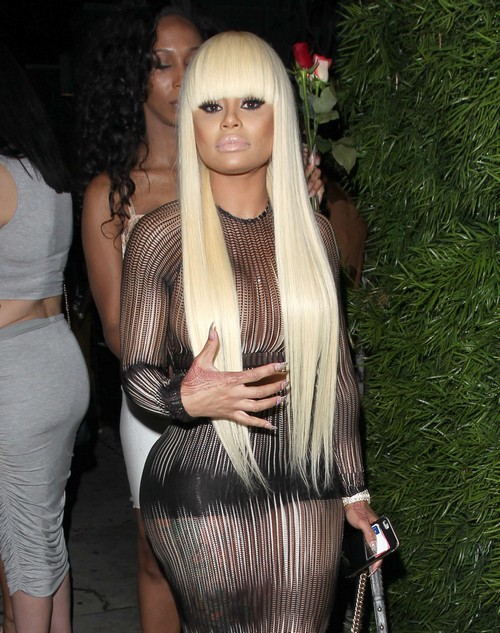 The Kardashians’ nemesis Blac Chyna and Rob Kardashian haven’t been dating for long – but she has already managed to help him lose over 40 pounds and help him get over his depression. That is something that Kris Jenner and his sisters had been “trying” to do for three years and had no success.

Since Rob Kardashian started getting his life back together – with Blac Chyna by his side, his famous family has suddenly tried to get back on Rob’s good side after turning their backs on him and publicly fat-shaming him.

Kris Jenner recently helped Rob get a house in Calabasas, and she even stocked the refrigerator full of healthy food that looks like it tastes like cardboard (Blac Chyna took some videos making fun of Kris’ groceries that loyal son Rob posted on Instagram).

Despite Khloe Kardashian’s pleas on social media for her brother Rob to come back to her – after she made fun of him and kicked him out of her house, and Kris’s obvious attempts to get back on Rob’s good side – the only Kardashian male has made it very clear where his loyalties lie. Rob took to Instagram and posted a meme to let the world know how he really feels. The Instagram post reads, “When the pu**y good but your family don’t like her so you drop your family and become an orphan.”

So, apparently – Rob is no longer a Kardashian … he’s an orphan. Kris Jenner who? Hey, maybe he can change his last name to Chyna? What do you guys think? Is Rob going too far, or are you loving every minute of him and Blac Chyna slamming his family? Let us know what you think in the comments below!

Blac Chyna is being displayed on a series of high profile billboards located on the Sunset Strip in West Hollywood and Hollywood. FameFlynet