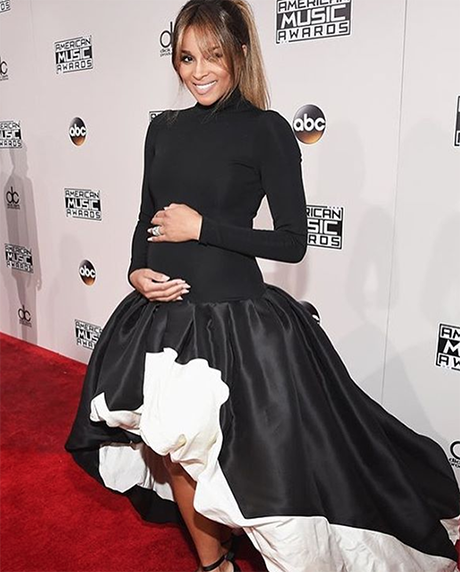 Is Russell Wilson trying to win his teammates over by buying their silence with expensive holiday gifts? That’s what fans and critics can’t help but wonder, as the Seattle Seahawks quarterback has reportedly given everyone on his team expensive gifts this holiday season. Some fans might believe this is Russell’s way of hoping his teammates and critics will stop taunting him about his marriage to pop star Ciara.

Reports indicate that Russell Wilson was this year’s Santa Claus for his Seattle Seahawks teammates. We went the distance by giving each one of his teammates, coaches, team strength trainers, and equipment staff two first-class tickets to anywhere in the world on Alaska Airlines for the holidays. If that weren’t enough, he also gave each one of his linesmen brand new Samsung flat screen televisions. 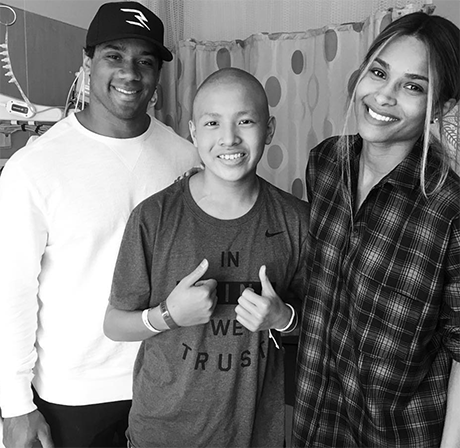 Sources say that one of the reasons why Russell was so generous this year is because he has a lot to be thankful for. He and Ciara tied the knot earlier this year and now the couple is expecting their first child together. Yet, another insider says that Russell’s thoughtful gifts might be his way of buying his teammates and their silence.

After all, Russell was taunted for his relationship with Ciara when the two began dating in 2015. In fact, many Seattle Seahawks fans even blamed Ciara for Russell’s poor performances during the team’s regular season losses. Angry critics called her the ‘Ciara Curse’ and a bad luck girlfriend and wanted her banned from Seattle Seahawks games. 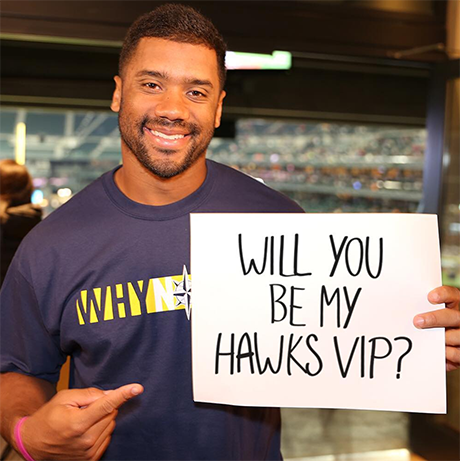 If that weren’t enough, the Seattle Seahawks arena DJ, DJ DV One, was forced to hold off on playing Future Hendrix songs after the games. Some sources say that Russell was being provoked by Seattle Seahawks insiders after one of Future’s songs was played after a game back in 2015.

Russell Wilson himself has not made any comments about the gifts. But sources say that Russell is hoping that all of the taunting will eventually stop. He doesn’t want anyone blaming Ciara for his team’s failures. Do you think Russell Wilson is trying to buy his Seattle Seahawks teammates and their silence? Does he want his teammates to stop taunting him about his wife Ciara? 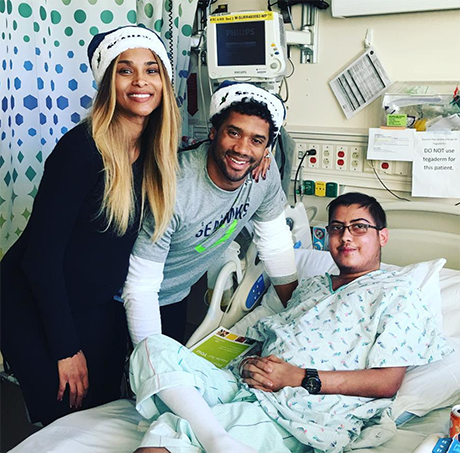 Drop us a line with your thoughts in our comments section below. Also, check back with CDL for all the latest news on Ciara and Russell Wilson right here.

Hey @Seahawks fans which one of my teammates do you guys think could use a clean shave before the holidays? @BraunUS #Series9 #SeasonsGrooming #Ad

Thanks @wilson_football for my limited edition @Seahawks #First32 Wilson X Connected Football. Want to win this Seahawks ball too? LIKE this post and TAG 3 friends for a chance to win. The winner will be selected tomorrow. #WilsonXFootball #WilsonFootball #LimitedEdition

I can’t stop with these Christmas tunes. Tell me your favorite holiday song and my friends @bose will be randomly selecting winners from the comment section to receive a free pair of these Bose QC35 wireless noise canceling headphones. #QC35 #35DaysofQC http://bose.life/QtYhS