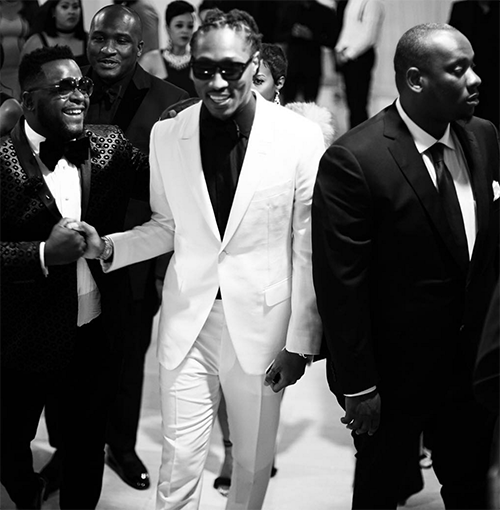 It looks as though Future has scored big time against Ciara and her defamation lawsuit against him. The ‘I Bet’ singer sued her ex-fiance and the father of her 2-year-old son, Future Zahir, after he publicly suggested that the singer was a bad mother.

According to reports, Ciara slapped Future with a $15 million dollar lawsuit after he Tweeted about his frustrations over their custody arrangement earlier this year. His tweets, which included ‘this b*tch got control problems’ set Ciara off, as she claims that her ex is trying to ruin her image as a singer and mother.

Ciara even tried to prove that Future’s rants might have damaged her career while also claiming that he was attacking her to help promote his own music. She also lost out on a $500,000 contract with a cosmetic company because Future supposedly made her look “controlling, dishonest, malicious, unreasonable, evil and conniving” in his rants.

Yet, TMZ says that a judge dismissed the case because the evidence was ‘too weak’ to use in court, giving Future some wiggle room in their back-and-forth legal drama. Future had also filed a countersuit to fight the allegations but dropped it back in June.

Of course, this is not going to change the already difficult situation between Ciara and Future. There’s even speculation that Ciara and Russell Wilson have been using her son Future to prove just what kind of great father the NFL star is and how he’s doing a better job raising the young tot than Future himself.

It’s without a doubt that Ciara is provoking her ex constantly showcasing Russell’s skills and love for Future Zahir on her social media accounts without realizing that she’s hurting her son in the process, too. After all, Future is the little boy’s biological father and no matter how hard Ciara is trying to minimize his role in their son’s life, he’ll still be there no matter what.

Then again, Ciara is probably still bitter that Future allegedly cheated on her with multiple women before she broke off their engagement back in 2014. But should she really be suing the father of her son in such a nasty feud?

Tell us, do you think Ciara is fueling the fire in her feud with Future? Should she keep the peace with the ex for the sake of her son? Drop us a line with your thoughts in our comments section below!

I Get Inspired When I #Dance…. Rocking With @_pjtheking & @TheRealHasani In Tha Streets Of #ATL 🍑. Vibin 🔈🔈 Shot By @ADreamVisionEnt Vision By @jamaicacraft Assisted by @dancer_boysmith