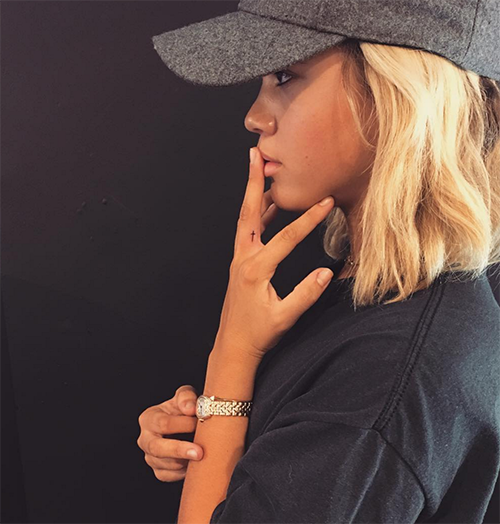 Scott Disick and Justin Bieber’s feud is heating up. There’s new speculation that Scott Disick might be provoking Justin Bieber by clubbing with his rumored girlfriend Sofia Richie in revenge for the singer’s Kourtney Kardashian romance.

Kourtney Kardashian and Scott Disick’s relationship has had its ups and downs throughout the years. Even though the couple is no longer together, they still co-parent their three children, Mason, Penelope and Reign and have even taken a vacation as a family in Cape Cod over the summer. And because Kourtney Kardashian and Scott Disick are no longer romantically involved, the ‘Keeping Up With The Kardashians’ star celebrated her newfound freedom by hooking up with Justin Bieber right after her Scott Disick breakup last year.

Clearly, if Scott Disick’s only motive with Sofia Richie is to get back at Justin Bieber for his Kourtney Kardashian romance, there’s little chance that he’ll manage to infuriate him in the process. Justin Bieber might be dating Sofia Richie, but he’s also hooked up with a series of women throughout the summer and even during their relationship.

Justin Bieber was spotted on a Hawaiian vacation with model Sahara Ray in August only to hook up with Bronte Blampied in London a few weeks later. This, of course, all went down the same time Sofia Richie was waiting for the ‘Cold Water’ singer to come back home to Los Angeles. Surely, Scott Disick can hang out with Sofia Richie all he wants because, as far as Justin Bieber is concerned, he has a girlfriend in most major cities across the globe.