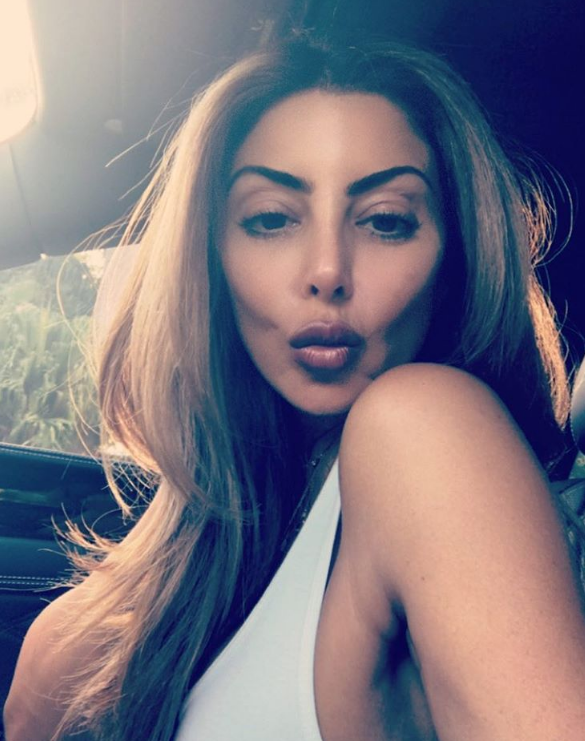 Scotty Pippen and Larsa Pippen’s divorce is gearing up to be a very nasty battle. There’s new speculation that Scotty has not only filed the divorce papers, but has also asked for full custody of the couple’s four children after it was alleged that Larsen might have cheated on the former Chicago Bulls star with rapper Future.

The couple were married for twenty years but it’s been alleged that Larsa might have had a secret romance with Future before she was caught by Scotty.

Of course, if Scotty Pippen finds out that Larsa and Future were getting up close and personal with each other, it will make their divorce drama even nastier. So far the former ‘Real Housewives of Miami’ star hasn’t made any comments about the cheating allegations although Future did share a cryptic message after Scotty and Larsa’s divorce announcement on social media that simply said, “She’s mine now!”

The last thing Larsa wants is to lose custody of her four children. Was her supposed affair with Future really worth risking her marriage and family life with Scotty? Future has multiple children with different women, his own legal problems with ex-fiance Ciara and he’s only worth an estimated $4 million dollars.

It’s highly doubtful that someone would Future would take in and support Larsa and her four children when he barely sees his own. In fact, it would be surprising if Future stayed with Larsa throughout her divorce proceedings, knowing his own long history of cheating and staying unfaithful.

For Larsa Pippen though, she needs someone to financially help her unless she manages to win a good enough settlement from Scotty but since he’s asked the court to have their prenuptial agreement amended, there’s little chance he’s willing reach an agreement that Larsa would settle for. As a failed reality television star and no career of her own, her options at this point are limited.

If that weren’t enough, reports further indicate that the police were called several times in the last few weeks for domestic disturbances at the couple’s South Florida home. One insider has even told the Daily Mail that Scotty and Larsa’s divorce is already turning into a nightmare situation, with some saying that it might get even nastier than Brad Pitt and Angelina Jolie’s divorce.

Tell us, do you think Larsa Pippen and Future were secretly seeing each other? Is that the reason why Scotty Pippen is furiously trying to cut off Larsa from his fortune? Let us know and come back with CDL for all the latest on Scotty Pippen and Larsa Pippen’s divorce here.

“Success is no accident. It is hard work, perseverance, learning, studying, sacrifice, and most of all, love of what you are doing.” — @pele #TBT

Love this pic of #teampippen in Europe