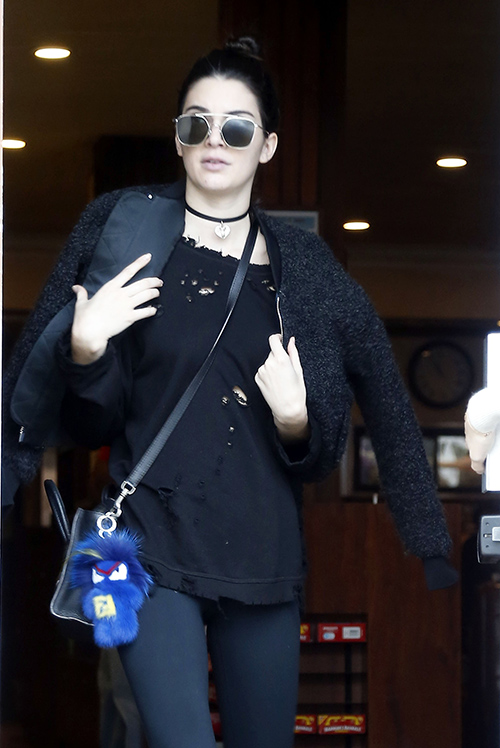 Did Selena Gomez just confirm that Kendall Jenner is dating Chris Brown? SelGo sat down for a recent interview with ‘Capital FM,’ a United Kingdom radio station, and was quizzed about her love life by the show’s host Roman Kemp. It turns out that the “Same Old Love” singer has a pretty uneventful love life, so she wound up chatting about her BFF’s love lives instead.

Apparently, Selena Gomez is having a tough time getting back up in the saddle after her umpteenth break-up from Justin Bieber last year. And her phone is as dry as the Sahara Desert. But, seeing as how her gal pals are all in relationships, SelGo is basically the permanent third wheel.

Selena Gomez dished to Roman during her Capital FM interview, “Taylor is not single, Gigi is not single, neither is Kendall. I am the only single one!” We all know Taylor Swift is dating DJ Calvin Harris, and Gigi Hadid is dating former One Direction singer Zayn Malik. But…this is the first that anyone has confirmed that Kendall Jenner is in a relationship!

So, who is Kendall Jenner’s boyfriend? Well, according to a report from CDL last week, Kendall Jenner is actually dating Chris Brown. The two celebs have been friends for years, and Chris has been crushing on Kendall, but now that he seems to finally be getting his life together and taking care of his daughter – Kendall is finally ready to let him out of the friend zone.

A lot of people were skeptical of Kendall and Chris’s relationship because he was just dating Rita Ora, but it looks like he may have finally landed his dream girl: Kendall.

What do you guys think? Is Chris Brown the man in Kendall Jenner’s life that Selena Gomez was referring to? How do you feel about Kendal finally giving Chris a chance? Share your thoughts in the comments below!