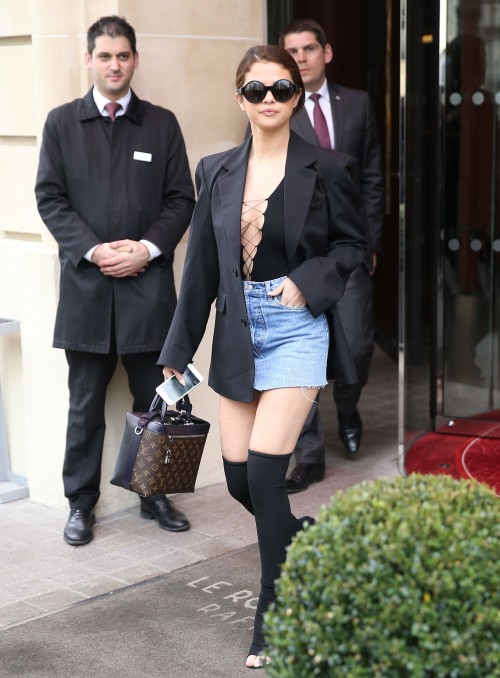 Taylor Swift and Selena Gomez are BFFs for life, so it makes sense that discussing each other’s personal and romantic lives comes with the territory. Apparently, Selena has been feeling down in the dumps lately, a bout of heartache blues stemming from the fact that she hasn’t yet found the right man! Justin Bieber is now a thing of her past (let’s hope). She’s looking for something solid and real – something like her dear pal T-Swift has found with Calvin Harris.

According to an exclusive report by Hollywood Life, Taylor told Selena that she should never settle and is constantly reminding her about her own struggle to find love. Wow, why not just write SelGo a song already, T-Swift. The source says, “Taylor is always encouraging Selena. She never brags about her relationship with Calvin. Instead, she reminds Selena about her own heartache and how she overcame her own obstacles and eventually met Calvin.”

Taylor supposedly continued with the whole “have an open heart and mind” speech, which probably makes Selena feel even worse about not having anyone at the moment. Another piece of Swiftly Love Advice: Don’t settle. Never settle. It certainly wouldn’t be hard for SelGo to find herself a hot body to parade around on her arm, but after her Bieber Ordeal, it makes sense that she wants to take it slow and steady.

Do you think that Selena should listen to Taylor’s advice – and do you think Taylor is being genuine? Leave your thoughts in the comments section below and let us know what you think.