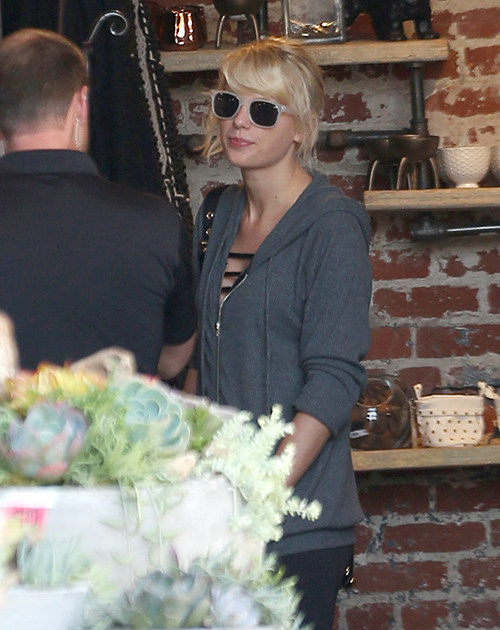 Taylor Swift and Calvin Harris are reportedly no longer a couple. Calvin ended the relationship, not Taylor. The singer and the DJ broke up last week. E! News reports that several sources confirmed the relationship has ended. The insiders say the romance just wasn’t there anymore and “it was all done in a very mature fashion. Taylor is pretty upset but they are still in communication.” Calvin and Taylor dated just over a year.

Another source confirmed that Calvin and Taylor have split. Speaking with People, the insider said, “There was no drama. Things just didn’t work out sometimes.”

Back in March, Taylor Swift and Calvin Harris enjoyed a romance filled vacation. The ‘Bad Blood’ singer shared photos on Instagram of the tropical getaway. One photo in particular had fans thinking Calvin and Taylor would be together forever. The photo? T S + AW written in the sand. AW stands for Adam Wiles, that’s Calvin’s real name.

The split comes after Calvin was involved in a tragic and horrific accident on Friday, May 20. At the time it was reported that Calvin suffered a laceration to the face and was taken to a Los Angeles area hospital where he left against medical advice.

Taylor reportedly rushed to be by Calvin’s side shortly after learning of the accident and even skipped out on the Billboard Music Awards on Sunday, May 22. Calvin’s injuries were serious enough for the DJ to cancel appearances on May 26 and May 27.

Yet another Taylor Swift relationship has come to an end. Taylor will probably gather up the Swift Squad and pour her heart out. Then, the Grammy winner will probably sit down and write a song about the break-up.

We wonder who Taylor’s next boyfriend will be. A reunion with a past boyfriend or someone new? Taylor moves on fairly quickly after a relationship ends. It may not be long before we see Taylor out with a new man.

Calvin Harris doesn’t seem to be all that heartbroken over the split. He was in the United Kingdom for a short trip and returned to Los Angeles on Tuesday, May 31. Guess that magical relationship Taylor talked about in a Vogue interview wasn’t so magical after all.