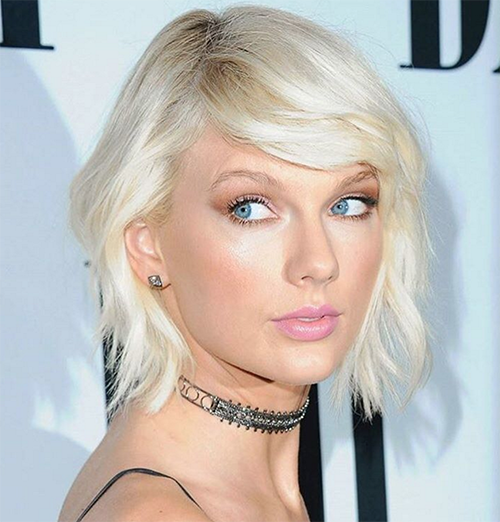 Taylor Swift was a no show at the Billboard Music Awards 2016. Is that because Taylor will not leave Calvin Harris’s side after he was involved in a car accident on Thursday, May 20? Though Taylor was not involved in the motor vehicle collision in any way, being worried about Calvin, her boyfriend, is understandable.

Initial information coming out after the accident said Calvin had sustained a laceration to the head. Medical personal who responded to the scene felt the injury was bad enough to transport the DJ to a Los Angeles area hospital.

Calvin Harris decided to leave the hospital against medical advice when he asked for a private room and was told there wasn’t one available. Did Calvin then call Taylor to let her know what happened or did Taylor find out when the rest of the world did?

Out of 8 nominations, Taylor Swift received one award – Top Touring Artist – with Adele nearly sweeping the awards. Justin Bieber and The Weeknd took home quite a few BBMAs as well.

There’s no way Taylor could have known ahead of time that Adele, Justin, and The Weeknd would walk away with all of HER awards is there? No, the reason Taylor didn’t show up for the Billboard Music Awards has to be because she doesn’t want to leave Calvin, right?
The motor vehicle collision happened when a car crossed the center line and crashed into the SUV in which Calvin Harris was a passenger.

As previously reported, at least one person – the female teenage driver of the VW Beetle – was ejected from the vehicle. A passenger in the VW Bug reportedly suffered a broken pelvis. Photos published by Daily Mail show that Calvin’s vehicle was mangled pretty bad.