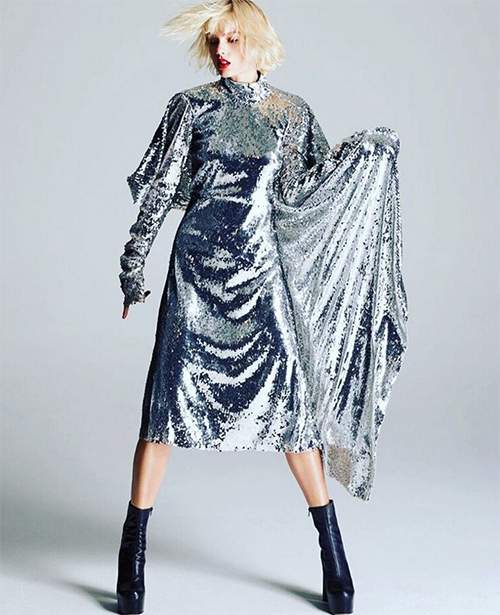 Taylor Swift is the Queen of Feuds. Seriously, there is no other celeb as petty or prone to hold a grudge than T-Swift. We all know about her messy feud with Katy Perry, but apparently Taylor has added another singing diva to her lengthy list of enemies. According to a new report, Taylor is now feuding with country music singer Carrie Underwood.

Carrie Underwood seems like one of the nicest singers in the music business. What could she have done to get under Mean Girl Taylor Swift’s skin? Apparently, Carrie made a tasteless joke about Taylor and Calvin’s relationship, and snitches reported back to Tay that Carrie was chatting up her boyfriend Calvin Harris and asked him about his “fauxmance.” In Carrie’s defense, she is not the first person to allege that Calvin and Taylor’s relationship is just for show.

An insider dished to National Enquirer, “There’s never been any love lost between Taylor and Carrie, but things have become icier than ever between the longtime music rivals, because Taylor overheard backstabbing snickers that Carrie disrespected Calvin and called her romance with the hip Scottish DJ/songwriter a ‘faux-mance.”

We all know Taylor takes her love life VERY seriously. After all, her entire career is based on songs about her love life. And, she is “seething” according to the tabloid. We all know Taylor will never actually confront Carrie Underwood. That’s not her style. She’ll just make a few passive aggressive digs at the fellow singer and blacklist her from a few parties and tell her friends that they aren’t allowed to talk to Carrie.

So, are you Team Taylor or Team Carrie? Do you think Swift is being a little sensitive and immature? Or did Underwood cross a line by talking badly about her and Calvin’s relationship? Share your thoughts in the comments below!