Taylor Swift’s Net Worth Suffers After Tom Hiddleston Break Up? 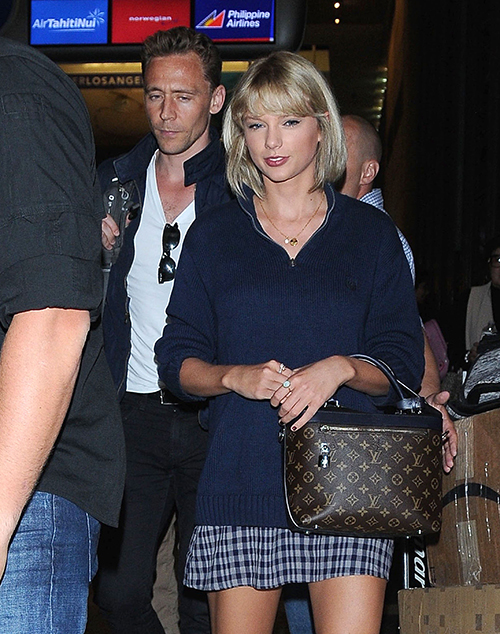 Taylor Swift’s net worth has no doubt taken a hit since her Tom Hiddleston breakup was announced. In fact, now that Taylor Swift and Tom Hiddleston are no longer dating, the singer’s personal life is definitely jeopardizing her career and, ultimately, her net worth.

Taylor Swift knows that her public image helps sell her albums but with all the negative press she’s been getting lately, the ‘Bad Blood’ singer is going to have a hard time recuperating from her losses. Taylor Swift’s fan base might still be sticking up for her, but considering how much the celebrity world has turned their backs on the singer, it will only be a matter of time before she goes in breakdown mode.

Taylor Swift’s summer has gone from bad to worse with almost everyone pointing their fingers at her and accusing her for not telling the truth and manipulating the media. Taylor Swift and Calvin Harris’ feud over the songwriting credit to his hit song, ‘This Is What You Came For,’ exposed Taylor as a liar who tried to frame her ex-boyfriend as someone who wasn’t willing to give her the credit she was due.

If that weren’t enough, both Kim Kardashian and Kanye West attacked Taylor Swift through the media. Kim Kardashian’s leaked tapes proved that Taylor Swift was indeed lying when she said she never gave Kanye West permission to use her name in his controversial song, ‘Famous.’ And now, of course, the details are coming out fast over Taylor Swift and Tom Hiddleston’s nasty break up.

Hiddleswift only lasted for three short months, but according to Taylor Swift’s camp, it was Tom Hiddleston who wanted their relationship in the spotlight, not her. But knowing how Taylor Swift operates and how everything she does is in front of a camera, it’s doubtful that someone like Tom Hiddleston would be willing to use Taylor Swift for his own promotional purposes. Unlike Taylor Swift, Tom Hiddleston doesn’t rely on social media and gossip blogs or even his own popularity to further his career. Taylor Swift is a mastermind when it comes to controlling the media and that’s why there are so many outlets putting the blame on their break up on Tom Hiddleston and not her.

Tell us CDL readers, what do you think? Is Taylor Swift’s personal life jeopardizing her career? Will Taylor Swift’s net worth sink thanks to her multiple feuds and nasty break ups with Calvin Harris and Tom Hiddleston? Do fans no longer trust Taylor Swift and her good girl next door image? Drop us a line with your thoughts in our comments section below.