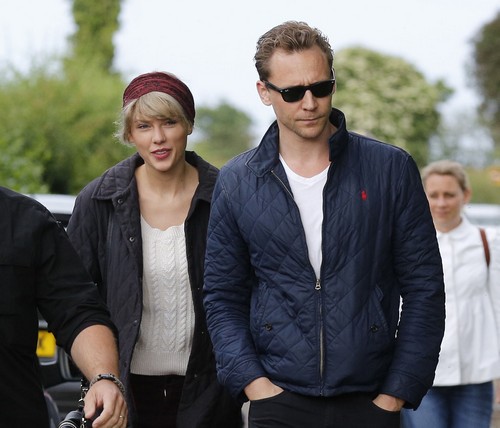 According to Page Six, Tom Hiddleston and Taylor Swift’s break up came after three very publicized months of dating. Taylor Swift began her Tom Hiddleston romance right after she broke up with ex-boyfriend Calvin Harris earlier this summer. Since then, Taylor Swift and Tom Hiddleston were spotted all around the globe together, from the beaches of Rhode Island to England to Australia and back again in the Big Apple and Los Angeles.

And while there’s speculation that Tom Hiddleston has had enough of Taylor Swift’s attention-seeking ways, there are multiple reports that also indicate that the actor might have been using the former country singer to help boost his own career in the process, too.

One source close to the situation dished before Tom Hiddleston and Taylor Swift’s break up announcement, “Tom wants their relationship to be public, even asking Taylor to go to the Emmys with him, but Taylor wants to keep her private life private. Tom’s need for their relationship to be so public so quickly makes her uncomfortable. She tried to be OK with it in the beginning but fears he is in love with the idea of her and not falling in love with her for the right reasons. Taylor is an independent young woman and doesn’t feel like she needs a boyfriend to make her feel complete.”

And that’s a good thing, since it seems impossible for Taylor to hold onto a boyfriend for long!

Clearly, if there’s one person who does everything for public attention, it’s Taylor Swift. The ‘Wildest Dreams’ singer is a mastermind when it comes to the celebrity publicity game and if there is one person who set up all of their paparazzi strolls this summer, it’s Taylor Swift, not Tom Hiddleston. Almost every relationship that Taylor Swift is in is as always in the public spotlight, whether her boyfriends agree to it or not.

Tom Hiddleston’s net worth has definitely taken a nose dive since his first public outing with Taylor Swift. He’s no longer seen as the respected, talented film star, but instead as a laughing stock who almost ruined his career by dating a pop star.

Just like Calvin Harris, Tom Hiddleston will now forever be known as Taylor Swift’s ex-boyfriend rather than anything else. Taylor Swift and Tom Hiddleston’s fauxmance has definitely hurt the actor more than helped him. Do you agree, CDL readers?

Taylor Swift and Tom Hiddleston have called it quits after three months of dating on September 6, 2016. FameFlynet