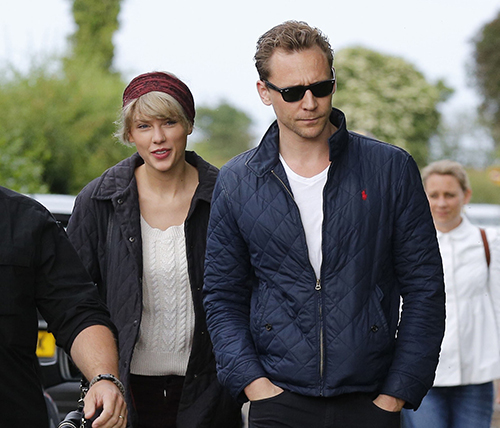 Of course, both Taylor Swift’s fans and critics have seen this before. Just before a break up is announced, Taylor Swift’s PR team plants rumors that her boyfriend was/is the bad guy, all in an effort to paint her as the victim during the romantic fallout. Taylor Swift did it with Calvin Harris earlier this summer when she accused him of not giving her the credit she deserved for writing the lyrics to his smash hit, ‘This Is What You Came For.’

Unlike most of Taylor Swift’s ex-boyfriends, though, Calvin Harris fought back by taking to his Twitter account to set the record straight. Taylor Swift’s plan to look like the victim in her Calvin Harris break up almost self destructed, as it led to more celebrities calling her out for her manipulative ways, namely Kim Kardashian and Kanye West.

And while Tom Hiddleston fully enjoyed his globe-trotting Taylor Swift romance this past summer, the Hollywood actor can’t say that he wasn’t warned. Multiple media outlets are already reporting that Taylor Swift was the one to put an end to their romance because Tom Hiddleston was supposedly addicted to the fame and attention the two received during their relationship. According to Us Weekly, one source even said, “Tom wanted the relationship to be more public than she was comfortable with. Taylor knew the backlash that comes with public displays of affection but Tom didn’t listen to her concerns when she brought them up.”

Taylor Swift is so obsessed with her public image that she’s willing to destroy her ex-boyfriend’s reputation to save her own. Clearly, Tom Hiddleston was never in their relationship for the photo ops, tabloid coverage, and media speculation about their future together. Taylor Swift has been playing the media game for years now and if there’s one person who was looking to put their romance in the spotlight, it was definitely her. But because things didn’t work out the way she’d hoped, she’s now throwing Tom Hiddleston under the bus hoping that both her fans and critics will believe that it was the actor who destroyed their relationship, not her.

Tell us CDL readers, do you think Taylor Swift’s PR team is purposely planting stories in the media to make Tom Hiddleston look bad? Let us know what you think.