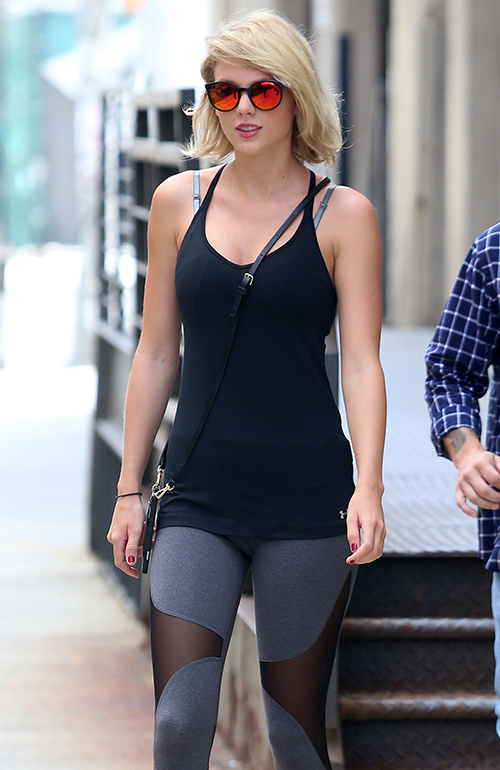 Taylor Swift has long been known as the nice, non-threatening girl-next-door whose tween audience and massive fan club has loved and emulated for years. Taylor Swift has been singing songs about boyfriends and break-ups for years now while also looking like a typical high school girl who falls in love with a different boy every several months.

Yet, it seems as though a Taylor Swift transformation might be in the works. Now that Taylor Swift and Tom Hiddleston’s romance has caught the attention of every media outlet on the planet, the singer knows it’s time for a change. That’s probably why Taylor Swift’s weight gain has been so important to her as she wants to not only look sexier and healthier, plus older, too.

According to Star Magazine, a source close to the singer dished, “Taylor has a very thin frame and has always been self-conscious over her smaller chest, so no one would be surprised if that’s the case. She loves looking curvy and thinks her fuller chest looks healthy. She doesn’t pay attention to the vicious comments or opinions because she’s happy and that’s what’s important.”

After all, Tom Hiddleston is rumored to have been shortlisted as a potential James Bond candidate. And if Tom Hiddleston does manage to nab the next James Bond role, then Taylor Swift knows there’s much needed work to be done. The ‘Bad Blood’ singer needs to drop her high school wardrobe and red carpet squad of girlfriends for a more edgier, sexier pin-up look.

There’s no doubt that Taylor Swift wants Tom Hiddleston to be the next James Bond, and that’s why she’s shedding her own image in hopes that she can show the world a much different side of her. Of course, that also means dresses with plunging necklines and more provocative styles. James Bond’s girlfriend shouldn’t look like a rail-thin former country singer who sings about bad relationships and boyfriend puppy love, and Taylor Swift is beginning to realize that.