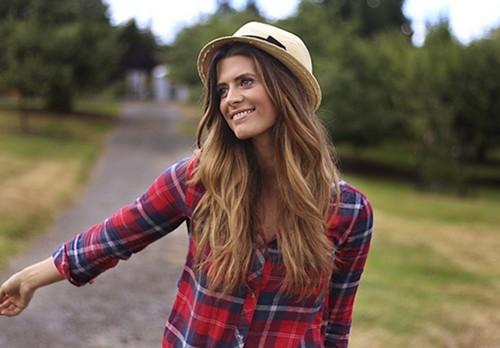 This is all coming from a report from the National Enquirer who has obtained Brianne Rice’s divorce documents which revealed that the 30 year old has been married and divorced two times already. An insider from the show told the magazine, “While one divorce wouldn’t hinder a relationship with him, two might put him over the edge.”

I can’t imagine that Ben Higgins would want to wear the ‘third husband hat’ no matter who the bride would be! The divorce papers show that Breanne Rice got married to her first husband, Ryan Lovett back in November 2008.

They filed for divorce in September 2010 and was finalized on December 30, 2010. Breanne Rice got married to her second husband, Graham Gill on September 21, 2013. Then she turned around and filed for a divorce on September 16, 2014!

Who knows the whole story on either of these alleged marriages. But either way. Breanne Rice apparently has serious commitment issues or terrible taste in men. Well, that is up until she met Ben Higgins. He’s a great catch.

But we of course know she’s not making it down the aisle for the third time with him! We already know who the The Bachelor 2016 winner is. Some other guy will have to do the honors.

Perhaps Breanne thought that she couldn’t get a marriage right by finding a guy the traditional way. And so she’d try her had at finding love and another husband through The Bachelor. No such luck though. Maybe her next best bet would be to stay single for a bit and not get engaged to the next guy she dates. Give it a little time and let nature take it’s slower course.

What do you guys think?! Are you shocked that Breanne has already been married and divorced twice according tot these reports all in her 20’s? Sound off all your colorful opinions in the comments below! Keep coming back to CDL for all of your The Bachelor 2016 spoilers, updates and gossip!