Who Won The Bachelor 2016 Spoilers: Ben Higgins Season 20 Winner Marries In ABC Wedding, Or Break Up? 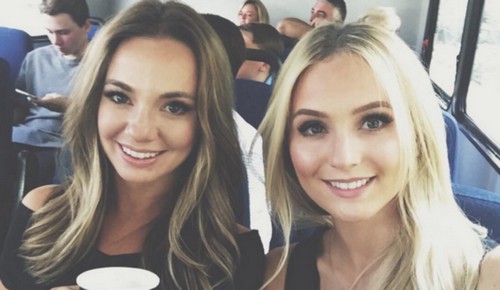 Who won ‘The Bachelor’ 2016 spoilers tease that we may only be on Episode 3 of the ABC reality TV show – but Ben Higgins is actually happily engaged and has already handed out his final rose. So, who is the Season 20 winner of ‘The Bachelor?’ Read on for 2016 spoilers and the name of Ben Higgins’ winner and new fiancée!

Blogger Reality Steve revealed in his spoilers that Bachelor Ben Higgins actually went on Fantasy Suite dates with Lauren Bushnell, Jojo Fletcher, and Caila Quinn. But Who won The Bachelor Season 20 is reported by the guru to be Lauren Bushnell. Must have been some fantasy that the The Bachelor 2016 winner pulled off!

So, who is the 2016 winner of The Bachelor? Infamous spoiler king Reality Steve announced on his blog that Ben Higgins gives away his final rose to Portland native Lauren Bushnell. Bushnell hasn’t received a lot of screen time so far on ‘The Bachelor,’ – but she and Ben actually have a lot in common.

Not only do they come from very close-knit families, but the California based flight attendant is also a devout Christian – just like Bachelor Ben. Is anyone else having Sean and Catherine deja-vu right now?

Ben Higgins and Lauren Bushnell may have gotten engaged in the final rose ceremony – but that doesn’t actually mean they will ever make it down the aisle. The Bachelor and Bachelorette couples have not been too successful as of late – but there is a good chance Ben might break the curse. After all, he seems nothing like Chris Soules and Juan Pablo (yet).

What do you think Bachelor fans? Will Ben and Lauren break the curse and actually get married? Is there a chance Reality Steve’s spoilers are wrong, as they have been several times before – do you think he gave his final rose to a different woman? Let us know what you think in the comments below and don’t forget to check CDL for all of your Bachelor 2016 spoilers and news.