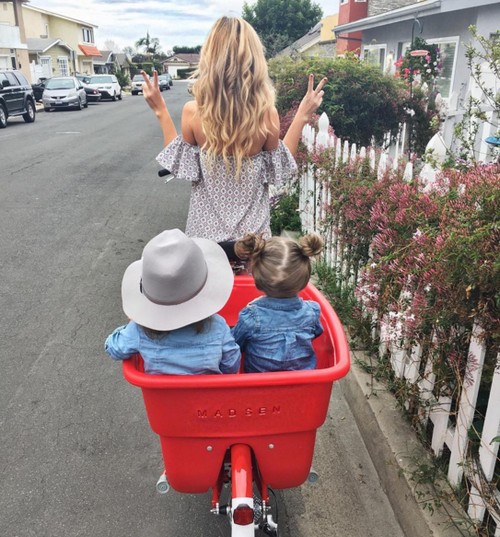 The Bachelor 2016 spoilers tease that Week 8 of Season 20 might just be one of the most dramatic episodes yet as Ben Higgins travels on hometown dates to meet the final four lucky ladies’ families. Last week Ben eliminated Emily and alum Becca Tilley and narrowed his final four women down to: Amanda Stanton, Caila Quinn, Lauren Bushnell, and Jojo Fletcher.

According to spoilers from Reality Steve, Ben’s trips to Oregon, Texas, and Ohio go relatively smoothly. Caila Quinn was concerned that Ben would be underwhelmed by her lack of hometown – because she moved around a lot as a child – but it turns out everything goes smoothly. In Oregon Ben meets Lauren Bushnell’s family, and in Texas the Bachelor gets to know Jojo Fletcher’s family.

The Bachelor 2016 spoilers tease that Ben’s trip to Orange County to meet Amanda’s daughters does not go well. It really seems like a low blow for Amanda, all season long Ben made a huge deal about wanting to get to know her kids and she continued to stress how big of a deal it was for her to introduce any man to her children.

But, Ben reassured her that their relationship was the real deal and travelled to Orange County and bonded with her two daughters on the beach – only to decide that being an instant-dad wasn’t really his cup of tea.

The Bachelor 2016 spoilers tease that Ben eliminates Amanda in Week 8, and his final three women heading in to the coveted overnight dates are Caila Quinn, Jojo Fletcher, and Lauren Bushnell. So Bachelor fans, do you think it was wrong of Ben to drag Amanda’s two young daughters in to the TV show – only to decide that he just wasn’t that in to her?

Do you think that he changes his mind because he is overwhelmed at the idea of having two young kids, or did his decision to eliminate Amanda have nothing to do with her children? Let us know what you think in the comments below and don’t forget to check CDL for all of you’re the Bachelor 2016 spoilers and recaps.

Well, this is the best photo we could get! Happy Valentines Day everyone! How lucky am I to call these two angels mine?! 💝 #mytribe All of our outfits: @joyfolie