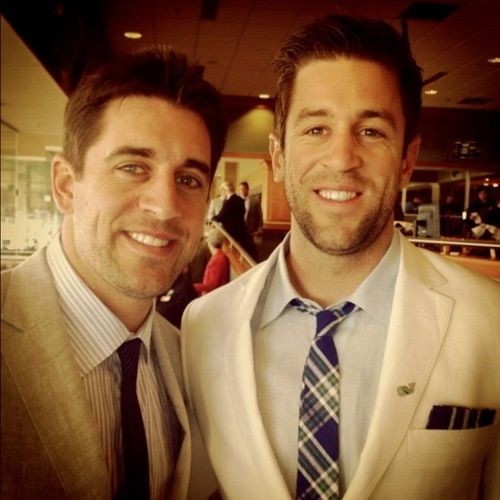 The Bachelorette 2016 spoilers have been teasing that Jojo Fletcher’s Season 12 winner would be Jordan Rodgers, before the show even began this Spring on ABC. In case there were any doubts in your mind, and you were hoping that Reality Steve’s spoilers were wrong, you can officially let that theory go.

Jordan Rodgers’ older brother Luke Rodgers decided to take advantage of the limelight and give his own interview to Womanista, and he blatantly confirmed that his little bro is engaged to Jojo Fletcher.

We’re not entirely sure why Luke Rodgers was even conducting interviews, perhaps he was tired of living in his little brothers’ shadows. But, he definitely needs some practice, and was not coached on what to say. Luke made some pretty obvious statements revealing that Jojo Fletcher is basically a member of the Rodgers Family, and she isn’t going anywhere.

During Luke’s Womanista interview he dished, “JoJo was different in how she was able to just so easily come lockstep with our family and conversations and stuff. Except for the fact that she is missing some crucial movies that we quote a lot, but we’re going to catch her up.”

After Luke realized he had just made a huge error and revealed that Jojo was going to be around his family for a while, he tried to back-pedal, which made it only more obvious that he had just accidentally confirmed that Jordan was the Bachelorette 2016 winner. Luke got flustered and added, “We could catch her up with that, should she need to be caught up, depending on how this whole thing ends. But yeah, she can definitely roll with us, which is fun. It was fun.”

It seems like every season one of the contestants or their family members spills the beans right before the finale. In Luke’s defense, the internet already knew Jordan Rodgers was the winner months ago thanks to Reality Steve’s spoilers.