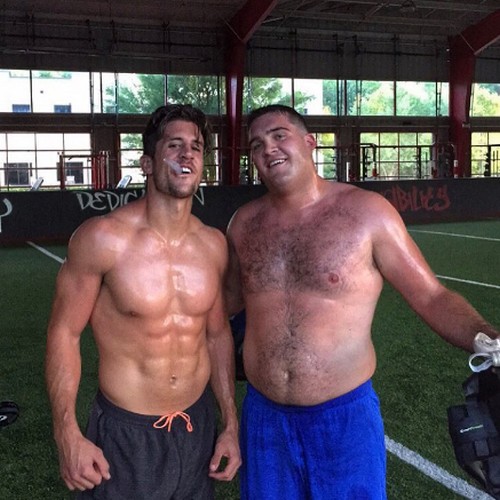 The Bachelorette 2016 spoilers tease that in just a few more episodes Jojo Fletcher will hand out her final rose and one of the final two contestants will get down on one knee and ask her to marry him. Bachelorette Season 12 spoilers reveal that Jojo Fletcher just eliminated Alex and James T., narrowing down her final four guys to Chase McNarny, Jordan Rodgers, Luke Pell, and Robby Hayes.

It turns out that Jordan Rodgers is a total player, has cheated on his past girlfriends (who are very bitter about it still), and according to Jordan’s own friends – he just joined The Bachelorette because he wanted to be famous and his football career didn’t pan out. If ever there was a solid excuse for a Bachelorette to change her mind after the final rose ceremony – it’s now.

If Jojo Fletcher changed her mind about who won The Bachelorette and dumped Jordan Rodgers for her runner-up guy Robby Hayes, no one would blame her. And, there is a good chance that may happen, if it hasn’t already.

So, Reality Steve’s spoilers might be a little … off. Jordan Rodgers may have gotten the final rose and is technically the “winner,” but word on the Internet is that he won’t keep that title for long.

What do you think Bachelorette fans? Are you shocked that Jojo Fletcher didn’t see through Jordan Rodgers’ façade? Do you think she will change her mind and choose Robby Hayes after all? Or maybe even Chase or Luke? Share your thoughts in the comments below and don’t forget to check CDL for all of your The Bachelorette 2016 spoilers and news!

The hardest thing to shop for….😎✌🏻️