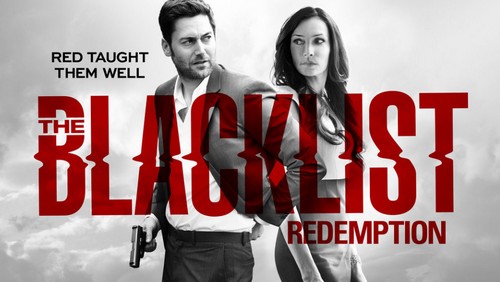 The Blacklist spoilers tease that NBC has officially greenlighted the buzzed about spinoff, The Blacklist: Redemption, and has ordered it to series. There have been rumblings since Elizabeth Keen’s (Megan Boone) death on The Blacklist that NBC was working on a spinoff, and now the network has confirmed it.

The spinoff, appropriately titled The Blacklist: Redemption will follow the lives of Tom Keen (Ryan Eggold) and Scottie Hargrave (Famke Janssen) and ensures Megan Boone’s exit from The Blacklist.

Last week on The Blacklist, Red revealed the shocking truth about Scottie to Tom Keen – she’s his mother. Of course, in true Blacklist fashion, it’s way more complicated than that. Scottie thinks her son is dead, and has no idea that Tom Keen is her flesh and blood.

And, per Red’s orders, Tom has no intention of revealing the truth to his mother. Although, he may have to at some point, seeing as how Scottie has been doing some now very awkward flirting with him.

The official synopsis for The Blacklist: Redemption from NBC teases, “Undercover operative Tom Keen (Eggold) joins forces with Susan “Scottie” Hargrave (Janssen), the brilliant and cunning chief of Grey Matters, a covert mercenary organization that solves problems governments don’t dare touch. While on the hunt for Liz’s attacker, Tom secretly discovered that Scottie is actually his biological mother. Now, as they team to employ their unique skills and resources in a dangerous world of deadly criminals, Tom begins his own covert mission to find out more about his shadowy past.”

Basically, Redemption will be mimicking the complicated bond that Elizabeth Keen and Raymond Reddington (James Spader) have, only this time the story will follow Tom Keen and Scottie Hargrave. While we were loving the chemistry that Scottie and Tom had, it’s a bit depressing that they won’t adding that spark to the original flagship drama.

With Tom, Scottie, and Elizabeth gone – it’s hard to imagine The Blacklist without them next season. Unless of course, Liz Keen is not really dead – however Megan Boone does not appear on the credits for the upcoming The Blacklist Season 4 nor the spinoff series.

So Blacklist fans, are you excited about the new Blacklist spinoff? Will you be tuning in? Or do you think it will be a flop? Let us know what you think in the comments below!